Fox pundit says 'white privilege is racist': I confront my whiteness by 'going to the tanning salon' 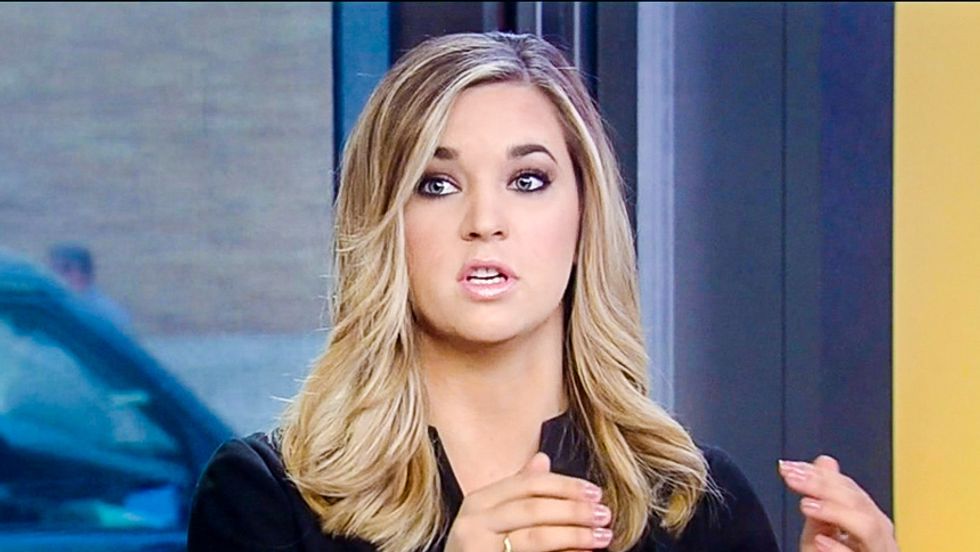 Fox News contributor Katie Pavlich told host Bill O'Reilly on Tuesday that it was "racist" to claim "white privilege" existed, and that she confronted her whiteness by "going to the tanning salon."

On Tuesday's edition of The O'Reilly Factor, O'Reilly complained to Pavlich and Fox Business host Kennedy Montgomery that the University of Vermont had offered a three day retreat to help students understand the concept of "white privilege."

"You didn't give me a trigger warning before you asked me about my whiteness!" Montgomery snarked. "I don't even know what it means to confront one's whiteness."

"I have never cashed in on my white privilege," she added.

Pavlich chimed in: "To me, especially in the Northeast, confronting my white privilege is going to the tanning salon."

"Look, we're talking about this white privilege issue, and yes, it's funny and it's easy to laugh at," she continued, "but I actually think it's quite racist, and I think we have to talk about it in those terms."

"It's anti-American, we're not allowed to have free speech on these college campuses. Or pitting students against each other based on race. It really is quite alarming."

O'Reilly agreed: "It is pathetic."

In an attempt to explain the concept of white privilege to poor whites last year, Gina Crosley-Corcoran pointed out many mistook it for an attack on white people.

"Recognizing privilege doesn't mean suffering guilt or shame for your lot in life," she wrote. "Nobody's saying that straight, white, middle-class, able-bodied males are all a bunch of assholes who don't work hard for what they have."

"Recognizing privilege simply means being aware that some people have to work much harder just to experience the things you take for granted (if they ever can experience them at all)."

Watch the video below from Fox News' The O'Reilly Factor, broadcast Dec. 2, 2015.