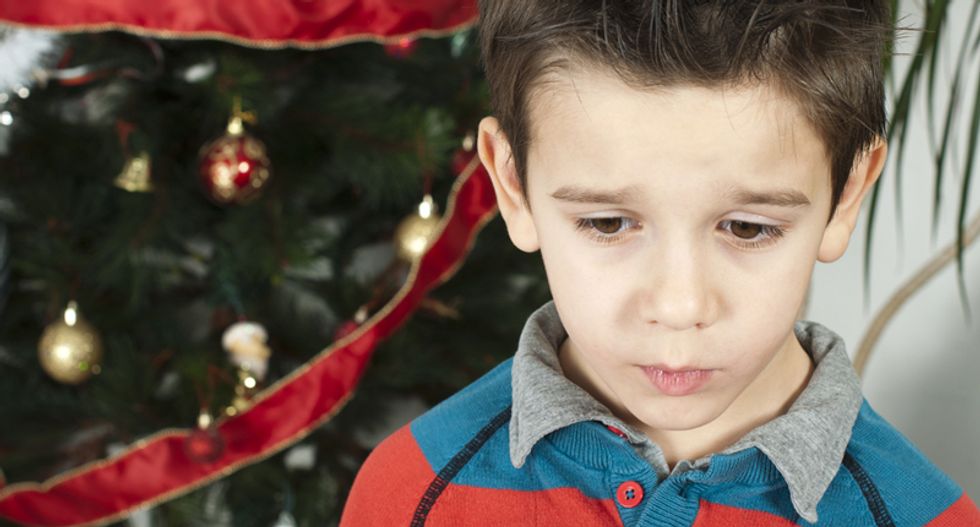 On Tuesday, Cherokee County Sheriff David Groves and his heroic team of militarized storm troopers descended on the home of a single mom and her five kids. Upon removing the mother and her five children from the house, police entered into a 20-hour-long standoff — with the empty house.

According to Sheriff Groves, police were looking for Doug Alexius, a suspect wanted on a misdemeanor count of assaulting a law enforcement officer and another drug-related charge. Upon entering the home, the team used a ‘hi-tech’ and expensive infrared camera that showed them Alexius was hiding in the attic. Incorrectly believing Alexius was in the attic, they backed out and a 20-hour long standoff ensued.

“Time is on our side,” the sheriff said during their heated standoff with an empty house.“We have the luxury of being able to rotate officers out. At some point, he’s going to have to come out of there.”

After not breaking things or killing anyone for 19 hours, the officers became restless, said to hell with the Sheriff’s strategy of waiting for him to come out, and proceeded to storm the home.

A SWAT truck with a battering ram attached was used to poke holes and tear apart the house in an attempt to drive the nonexistent suspect out. As deputies became unable to find him, they began taking their frustration out on couches, beds, lamps, clothing, toys, and even the family’s Christmas tree was ripped through a window and smashed to bits.

The entire time, Nita Lane, the homeowner, was trying to tell the cops that Alexius was not there and does not live there.

The sheriff, quite expectedly, remains unapologetic. Despite being told by the victim that Alexius was not in her house, Groves maintains that his officers acted in the best possible manner.

“It appeared using that tool [infra-red camera] there was somebody in the attic. As it turns out, now we know that was incorrect. But nonetheless that was the information we were operating under at the time,” said Groves.

“Some may suggest you just rush in, and we could have cleared that house in a matter of minutes. But if there was a suspect in there and would have shot one of our officers or something else happened, and he was able to breach the perimeter and jeopardize the safety of the residents nearby, that’s not a risk I’m willing to take,” Groves continued entirely missing his own point.

Groves did eventually “rush in and clear the house.” Just because it took him 20-hours to decide to do it, doesn’t change that fact at all.

Friends and neighbors like Vonda Macklin came to the aid of the family and were outside the next day picking up their belongings that were strewn across the yard.

“It’s like the destroying of your dream you know,” said Macklin. “Probably the hardest part is just seeing they ripped their Christmas tree apart, and out their window it goes.”

Instead of apologizing or offering to help clean up the mess he and his crony soldiers made, Groves refers the victim to some vague FBI program that allegedly cleans up after cops wrongly destroy a family’s home.

The Free Thought Project spoke with the victim’s neighbor, Vonda, who said the SWAT team, “left holes in ceiling, all the windows were smashed out, holes in were left in the side of the house” and they literally “ripped her Christmas tree apart,” using a set of claws on the front of a vehicle.

Christmas and the foreseeable future for this single mother and her five children who live with her, aged 3-15, are ruined – thanks to Galena’s finest.

Vonda tells the Free Thought Project that “Lane is the type of lady that won’t take anything from anyone.” However, we still want to help her.

The Free Thought Project has started a Go Fund Me Campaign to raise funds for Ms. Lane and her children.

Texas Republican congressional candidate Michael Wood revealed that after his campaign he believed the Republican Party has "lost its way." But talking to MSNBC's Nicolle Wallace, a former Republican herself, Wood explained that the GOP has become a party of grievances and is ignoring policies and solutions that Americans need.

"I think I was in a difficult spot, like a lot of conservatives were," Wood said about why he voted for Trump in 2020. "And I wonder if I wasn't too myopic and small-minded focusing on judges or tax cuts or Israel and maybe I should have taken a step backwards and taken more seriously the -- what other people were saying about him, the would-be autocrat and whatnot. I will say that after I voted for him, immediately he did everything he could to make me regret it. Leading up to Jan. 6 and including the big lie."

This is a breaking story… Please check back for possible updates...

In the face of mounting international pressure, the Biden administration on Wednesday announced support for waiving intellectual property protections for Covid-19 vaccines—which campaigners welcomed as "a transformative, hopeful event" that has the potential to save lives around the world, especially in the Global South.