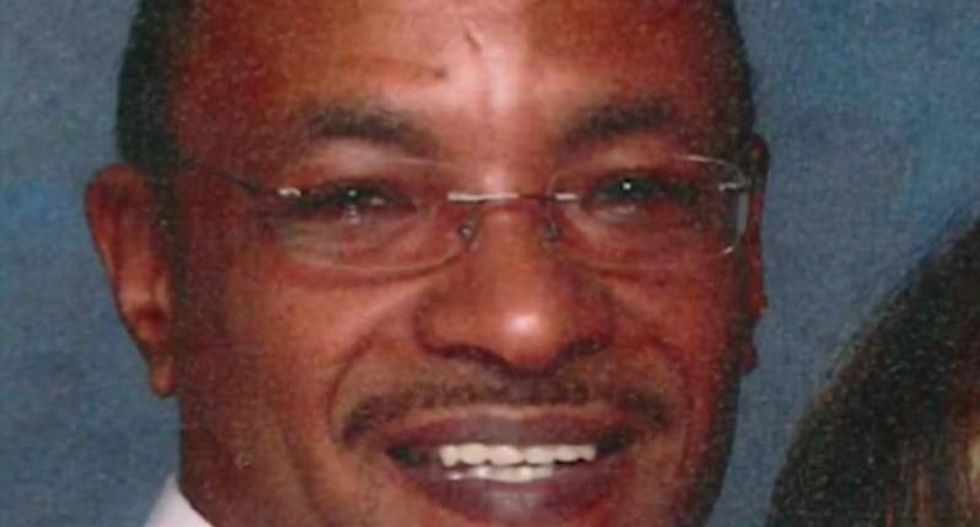 The family of a 48-year-old Georgia man rejected authorities' allegation that he pointed a gun at officers before being shot and killed on Monday, WPMT-TV reported.

"He was a victim in this situation -- a good samaritan that tried to save the officers and tried to save his son and ended up catching a bullet for it," said attorney Chris Stewart, who is representing Bobby Daniels' family.

Stewart said that Daniels, a security guard for CNN and Navy veteran, died while trying to protect Douglas County sheriffs deputies from his 25-year-old son, Bias Daniels, during a hostage situation at a mobile home park in Douglasville.

However, Sheriff Phil Miller said shortly after the incident that his department acted appropriately during the incident.

"I think that [Bobby Daniels] could have been trying to help the situation instead of hurting it, but when he pointed the gun at the officers, he was shot," Miller said. "There's no doubt in my mind that my officer thought his life was in danger, and he did what he thought he had to do."

The younger man, who was described by Stewart as suffering a mental breakdown, allegedly held the park security guard hostage for 45 minutes before the guard got away and alerted authorities.

According to the Washington Post, Stewart said that Bobby Daniels beat deputies to the scene after being contacted by relatives and convinced his son to put the gun down.

Officers then used a stun gun against the younger man to no avail, due to his wearing heavy clothes at the time. The attorney said that witnesses can corroborate the family's allegation that Bias Daniels then took a step toward the gun, prompting his father to try and swat it away.

Bias Daniels ran away from the scene with the gun before being arrested. He has been charged with aggravated assault, kidnapping and obstruction. His family is filing a lawsuit against Miller's department.

WPMT's story on the incident can be seen below.

Cramer spoke to The Jay Thomas Show Tuesday -- no longer hosted by Jay Thomas who died in 2017 -- and answered questions for callers.