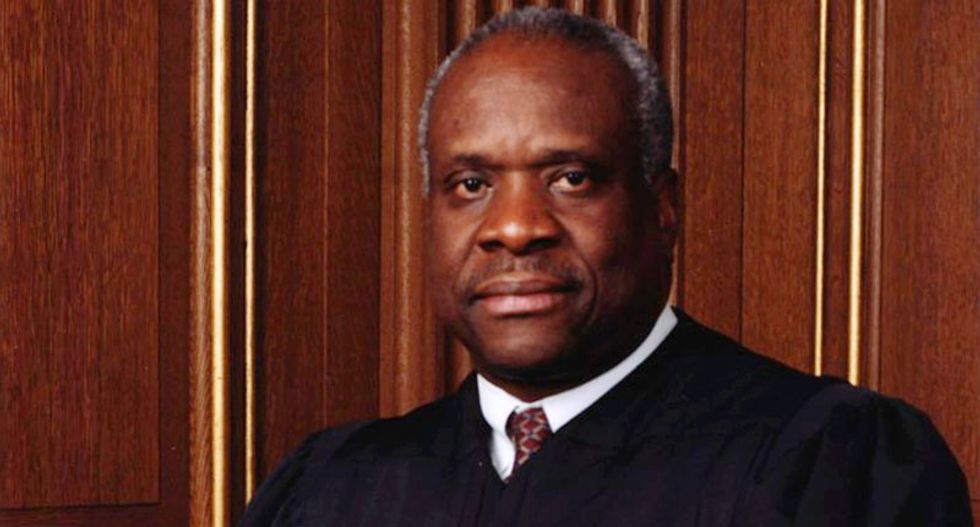 The other week the Supreme Court denied certiorari in Friedman v. Highland Park, a Seventh Circuit Court of Appeals decision that left intact the city’s law that denied anyone in the community the ability to have assault weapons or large-capacity magazines. In a dissent from the denial of certiorari, Justice Clarence Thomas, joined by Justice Antonin Scalia, wrote that the other Justices refusal to review the case “flouts” the Court’s holdings in District of Columbia v. Heller and McDonald v. City of Chicago, and in doing so relegated the Second Amendment to a “second-class right.” What Justice Thomas found “doubly wrong” was the Court’s acquiescence to state and local governments deciding “which firearms [the] people may possess.”

What is particularly interesting about Justice Thomas’s dissent is it embodies aspects of both originalism and living constitutionalism. On the one hand, Justice Thomas criticizes the Seventh Circuit’s opinion on the grounds it failed to properly consider the scope of the Second Amendment “when the people adopted” it. He then proceeds to criticize the Seventh Circuit for not recognizing the number of contemporary Americans who own assault weapons and high-capacity magazines. As Justice Thomas put it, “The question … is not whether citizens have adequate alternatives available for self-defense,” but “whether the law bans types of firearms commonly used for a lawful purpose—regardless of whether alternatives exist.”

Here, Justice Thomas’s call to respect the framers’ Second Amendment, yet adhere to a modern “common use” test perfectly highlights the difficulty when employing history in law—that is finding a jurisprudential balance between the past and the present. While Justice Thomas places a historical premium on the ownership of weapons so long as a significant number are available in American society at large, he virtually ignores the history of state and local firearms regulations to quell violence, prevent crime, and mitigate public injury. Some of these regulations were even aimed at prohibiting dangerous weapons, particularly in densely populated areas. These historical facts conflict with Justice Thomas’s doctrinal reasoning, do they not?

Perhaps Justice Thomas’s point is that history dictates that state and local governments should not be allowed to outlaw firearms which are universally accepted in other jurisdictions. That is, the Second Amendment requires a national standard as to what firearms may or may not be prohibited. But history does not favor Justice Thomas. From the Reconstruction Era to the late twentieth century a variety of regulations touching upon dangerous weapons existed at the state and local level. In fact, up to 1979, forty-three states allowed their respective cities, towns, and localities to enact more stringent firearm regulations to protect the health, safety, and welfare of its citizens.

Today, of course, the landscape of firearms regulations is vastly different than it was in years past. At the urging of the National Rifle Association (NRA), most states have adopted firearm preemption laws prohibiting cities, towns, and localities from enacting stricter firearms regulations. This shift began in 1975, when the NRA stated it would no longer compromise on gun control, period. It was a position that hardened following the NRA’s 1977 Cincinnati Revolt, when the organization’s membership rededicated and reformed the organization with the express purpose of combating gun control. As a result of this reformation, not even laws requiring comprehensive background checks, allowing the Centers for Disease Control and Prevention to research gun violence, or prohibiting the sale of firearms to suspected terrorists are blessed with the NRA’s approval.

The NRA was not always unwilling to compromise on gun control. In 1924 for instance, the NRA used the analogy of regulating the driving of motor vehicles with the handling of firearms in public: “It would seem … a logical part of any public safety program that before a man is given a weapon and empowered to use it, for the authorities to make certain that the chances of damage to life are reduced to a minimum.”

Up through 1967 the NRA claimed it “always has … and always will be ready to do what is best for America,” to include never placing its organizational goals or firearm heritage “ahead of the national welfare.” This included supporting such gun controls as disarming every individual who has committed a felony, crime of violence or has a “notoriously bad character,” legislation that required firearm purchasers to identify themselves, firearm dealers to maintain records of sales, parental consent before selling a firearm to a minor, and a seven day waiting period before purchasing a handgun.

There was even a point in time, in 1937, where the NRA did not object to a law requiring the registration of Magnum revolvers in the same vein as machine guns and sawed-off shotguns. The NRA’s rationale was the Magnum “performs no practical function for the sportsman which cannot be as well or better performed by arms of standard type,” and therefore “it is impossible to defend the Magnum against legislation which would have the practical effect of limiting its sale to agents of the Federal, States, and local police.” The NRA’s admission that prohibiting the Magnum was acceptable because any “practical function,” to include homebound self-defense, could be accomplished by “arms of the standard type” is significant, for it is the very same rationale that Justice Thomas criticized the Seventh Circuit for employing in Friedman v. Highland Park. Needless to say, it is curious how what was once considered acceptable and constitutional gun control in years past, by all parties, suddenly “flouts” the Constitution.

The overall point to be made is the Seventh Circuit did not relegate the Second Amendment to a “second-class right” as Justice Thomas claims. History refutes such a conclusion. The fact of the matter is the modern perception of the Second Amendment as guaranteeing broad firearm rights in both public and private is just that—modern.

By Patrick J. Charles, a historian, legal theorist, and the author of Historicism, Originalism, and the Constitution: The Use and Abuse of the Past in American Jurisprudence.

This article was first published at History News Network