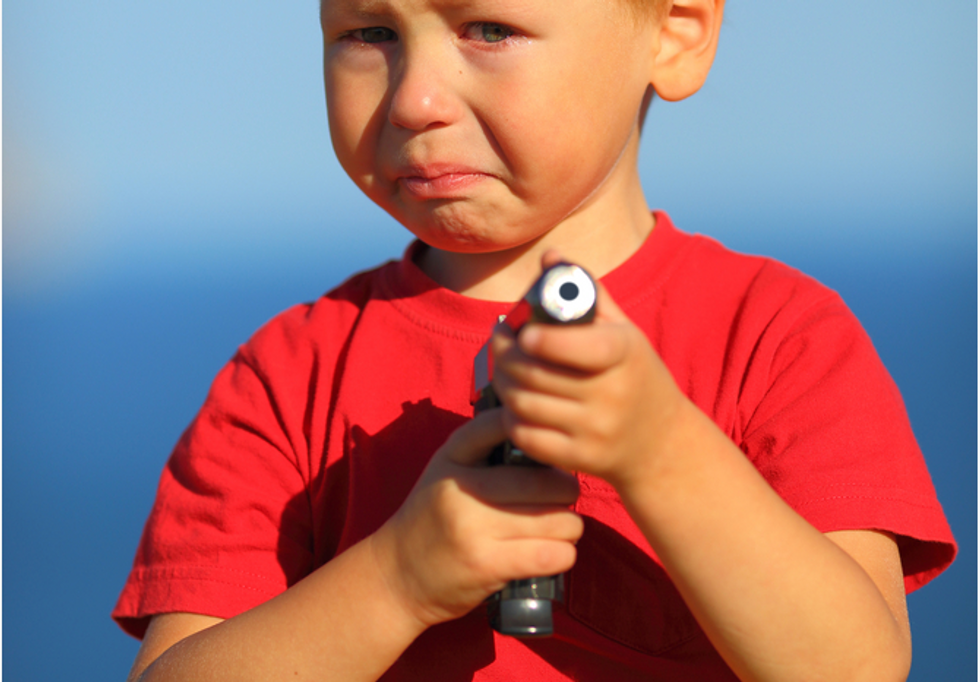 A Reno County, Kansas sheriff's deputy's 3-year-old son shot and killed himself on Friday morning with a gun belonging to a friend of the officer's, the Wichita Eagle reported.

Officials said the child, Kaden Nagel, found the .40-caliber Glock handgun inside the deputy's Hutchinson apartment at 8:15 a.m. His father, Deputy Andrew Nagel, was asleep at the time before being woken up by a gunshot.

Nagel administered first aid to his son upon hearing the shot, but the boy was pronounced dead at the scene.

According to the Hutchinson News, the gun did not belong to the deputy, but rather to a friend who did not know it was in the apartment. It is unclear whether the friend is Andrew Nagel's roommate.

Watch a report on the child's death, as aired on KAKE-TV, below.