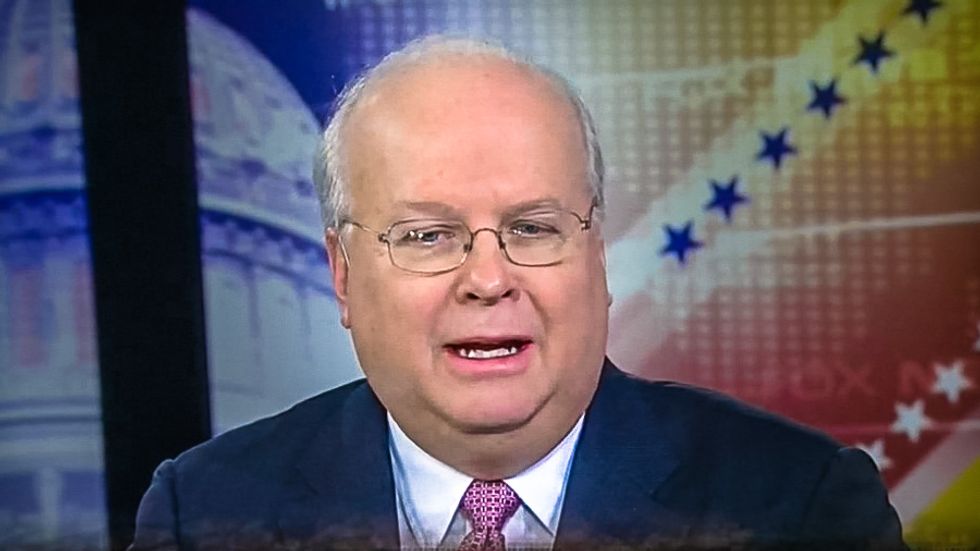 Republican strategist Karl Rove argued over the weekend that addressing climate change was a waste of time because everyone on Earth would already be dead before before a plan agreed to in Paris could make a difference in greenhouse gas emissions.

Rove told a Fox News panel on Sunday that the recent climate treaty negotiated in Paris was "B.S." because it called for slowing the increase in carbon omissions to net zero between 2050 and 2080.

"We'll all be dead and very few people sitting in Paris will be alive at that point, I suspect, when we get to 2080," he opined. "The United States has reduced its greenhouse gas emissions. It has done so, not because some international treaty, we have put the focus on energy efficiency, we're a market economy, we're a wealthy country that can afford to do this. And we have done it."

"What we are now saying to emerging economies, 'Keep your people poor, keep them in poverty because you cannot use cheap fuels, namely natural gas, coal and other fossil fuels to power your economy.' And it's ridiculous."