Laura Ingraham: 'Obama could play Ray Charles' but it's 'nothing to do with skin color' 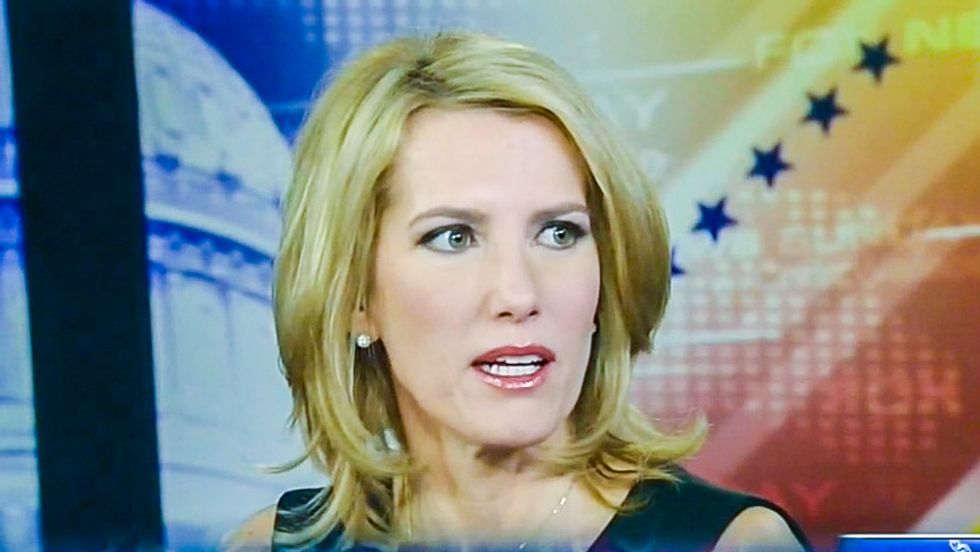 Conservative radio host Laura Ingraham suggested that President Barack Obama would be perfect to play the part of African-American singer Ray Charles, but she insisted that it had "nothing to do with his skin color."

During her Tuesday radio program, Ingraham mocked the president for attending a climate change summit in Paris.

"The climate, the climate," she said. "I have a question. Who played Ray Charles in the Paris climate talks?"

Ingraham opined that Saturday Night Live could spoof Michael Jackson's "We Are the World" video by recreating it with world leaders as the singers.

"Merkel should play Cyndi Lauper. Well, Obama could play Ray Charles," she argued. "Nothing to do with skin color, but because he's totally blind to what's going on around him."

"But you see Ray Charles had a sense of things. It didn't matter if he was blind. He could sense what was happening around him, okay? So that doesn't even work."

Listen to the audio below from The Laura Ingraham Show via Media Matters.