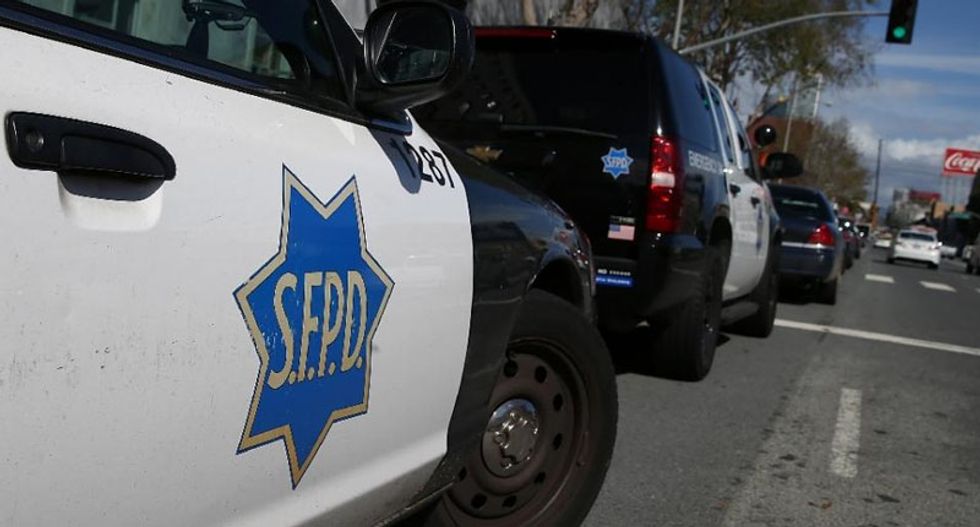 The family of a black man fatally shot by San Francisco police who suspected him of stabbing someone filed a federal civil rights lawsuit against the city on Friday.

Civil rights attorney John Burris said in the wrongful death complaint, filed in a San Francisco federal court, that Mario Woods, 26, was disoriented and stumbling last Wednesday when he was shot by police at least 20 times.

"The horrific public execution was caught on video by at least three different people," the complaint said.

"None of the videos show Mr. Woods creating an imminent threat to anyone prior to being riddled with bullets from head to toe," it said.

The shooting of Woods is one of many killings of unarmed black men by police in the United States.

Outrage over the use of excessive force by police, especially against black men, has led to protests in many states and the civil rights movement Black Lives Matter.

Woods' mother, Gwendolyn, cried at a news conference on Friday, saying of her son, "He was the best of me."

Video of the shooting, uploaded on social media, showed about a dozen officers in a stand-off with Woods in San Francisco's Bay View neighborhood.

Police said Woods matched the description of a suspect who had earlier stabbed someone in the shoulder. They used pepper spray and fired bean bag rounds at Woods, who they said was holding a knife and refused commands to drop it.

In several seconds of video recorded from two vantage points, officers could be seen with their weapons pointed at Woods, who was standing with his back against the wall of a building.

The video showed one of the officers move directly in front of Woods as he attempted to walk away before he is shot dead.

Woods did not appear to be holding anything when he is shot, although police have said they recovered a kitchen knife from the scene.

Since the shooting, protesters have called for the ouster San Francisco Police Chief Greg Suhr.

At a Police Commission meeting on Wednesday night, Suhr called for equipping officers with stun guns to avoid similar situations in the future, the San Francisco Chronicle newspaper reported.