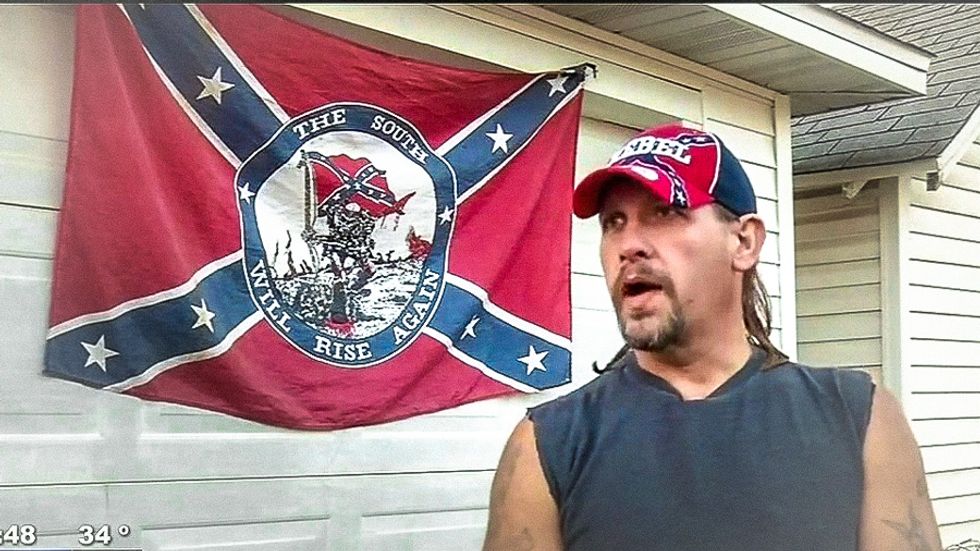 A Springfield, Missouri man insisted this week that a Confederate flag and a noose hanging on his home had nothing to do with racism.

Justin Clopton told KSPR that his neighbor Jeffrey Tindle had gone too far by combining a symbol of lynching with the Confederate flag.

KSPR reported that someone at Tindle's home removed the flag and the noose after a reporter asked about it. But within a few hours, the flag was back up.

"Representing my southern heritage and my southern pride,” Tindle insisted to the station as he hung the flag. "The Confederate flag, the rebel flag, whatever you choose to call it, it does not stand for racism at all. It stands for pride and heritage."

According to Tindle, he had made the noose to show his brother how to tie knots. He suggested that the rope had nothing to do with racism.

"I don't believe so. We have African Americans in our family we don't hate them," he said.

And while the noose has been removed, Tindle vowed to leave the flag.

"Do all you can do to get it down, because without some kind of a law it aint coming down,” he remarked.