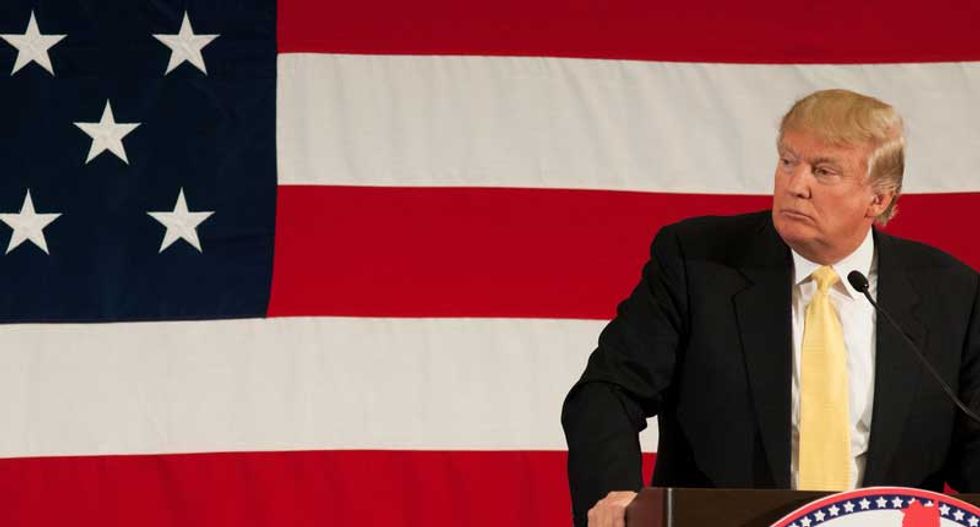 The richest Americans increasingly are taking over the levers of power and shaping the political debate, despite opposing views held by a majority of Americans, a new and unprecedented academic study of the top 1 percent has confirmed.

The super-rich are more politically active than average Americans, financing and contacting elected officials and knowing many on a first-name basis. Their agenda, which is often cited by public officials across the country, emphasizes private profit-making and is skeptical of almost every public program to address economic inequality, the study by Chicago-based university researchers found. The top 1 percent's social agenda, while “more liberal than others on religious and moral issues, including abortion, gay rights, and prayer in school,” is still “much more conservative than the non-affluent on issues of taxes, economic regulation, and social welfare,” the researchers found.

Put another way, today’s top 1 percent generally do not believe the longtime conservative line that a rising economic tide will lift all Americans, but have a darker view in which one’s fate is tied to the survival of the fittest. They consider climate change a non-issue and most would cut federal and state safety nets and anti-poverty programs, shift taxpayer dollars into privatized education and do little to ensure access to higher education.

“We speculate that the striking contrast concerning core social welfare programs between our wealthy respondents and the general public may reveal something important about the current state of American politics,” the report says. “If wealthy Americans wield an extra measure of influence over policy making, and if they strongly favor deficit reductions through spending cuts—including cuts in Social Security and Medicare—this may help explain why a number of public officials have advocated deep cuts in the very social welfare programs that are most popular among ordinary Americans.”

The report’s authors take a neutral tone and protect the confidentiality of those interviewed. As they note in their opening, “there have been no scientific, representative surveys of the broader social and political attitudes and behavior of top U.S. income earners or wealth holders.” However, their data comparing the views of more than 100 super-wealthy Chicagoans and the general public leads to unmistakable conclusions about the presence of an American soft fascism placating today’s wealthy.

This is not to say that the super-rich get everything they want. There are many federal programs and activities they dislike that have been around for decades and cannot easily be dismantled. But if those interviewed by Northwestern University and University of Chicago typify the wealthiest Americans—and the researchers say they do—it is clear that today’s elite are somewhat aware of the plight of ordinary Americans, yet reluctant to personally sacrifice to improve society’s fortunes.

What follows are eight takeaways from the report, "Democracy and The Policy Preferences of Wealthy Americans," starting with the fact that the top 1 percent are very politically active, which accounts for their outsized influence on what the federal government’s role should be and the resulting rhetoric by many elected officials in Congress and Republican-controlled state governments.

1. The wealthy are more politically active than typical citizens. Ninety-nine percent vote in presidential elections and “a large majority (84 percent) said they pay attention to politics ‘most of the time.’ Asked how many days of the week they talk politics, the median response was five days.” Moreover, they give money to political campaigns and organize fundraising events in ways that dwarf average Americans and yield access and influence.

“Fully two-thirds contributed money to politics, giving an average of $4,633 to political campaigns or organizations over the previous twelve months. (By comparison, in the American National Election Study survey conducted shortly after the 2008 presidential election, just 14 percent of the general-population respondents reported having contributed money to a candidate, party, or Political Action Committee.) A remarkable 21 percent of our wealthy respondents solicited or 'bundled' other peoples’ political contributions—not an activity that is common among ordinary citizens.”

2. The wealthy want government to act on their behalf. It would be wrong to suggest that the top 1 percent hate all government. Instead, as the report shows, they want it to do their bidding and adopt policies and laws that benefit their bottom line.

“The wealthy were particularly likely to initiate contacts with members of Congress,” the report said, adding that many know their elected officials. “Most of our respondents supplied the title or position of the federal government official with whom they had their most important recent contact. Several offered the officials’ names. We see no particular reason why their high frequency of contacts with congressional representatives should be atypical of wealthy Americans elsewhere in the country.”

Probing deeper, the report said that economic self-interest was the primary reason for being involved in the political process:

“They want to know how government policy will affect their businesses and investments. One key finding is that, for contacts that could be coded, just under half (44 percent) acknowledged a focus on fairly narrow economic self interest: ‘to try to get the Treasury to honor their commitment to extend TARP funds to a particular bank in Chicago;’ ‘to better understand the new regulations of the Dodd-Frank Act and how it will affect my business [banking/finance];’ ‘Fish and Wildlife...permitting on development land;’ ‘on behalf of clients, seeking regulatory approvals;’ ‘I own stock in several banks. I was concerned about legislation he was drafting that I think could be harmful for the banks.’"

Mostly, the top 1 percent are obsessed with federal spending. “One-third (32 percent) of all open-ended responses mentioned budget deficits or excessive government spending, far more than mentioned any other issue. Furthermore, at various points in their interviews many respondents spontaneously mentioned ‘government over-spending.’”

One finding that sums up this attitude is that 58 percent favored “cuts in spending on domestic programs like Medicare, education, and highways in order to cut federal budget deficits,” compared to 27 percent of the general public.

5. The wealthy support education, but not public schools. The very rich and the general public both support investing in education, but diverge on key specifics. The researchers found that a majority of the 1 percent and the general public would pay more taxes for pre-K and kindergarten; support merit pay for teachers; support charter public schools; support taxpayer-funded vouchers so parents can send their kids to private or religious schools; and support giving high school students the option of vocational training to start work immediately after graduating.

Where they differ, however, is notable.

The top 1 percent have a strong bias against public schools, with only 35 percent agreeing that “the federal government should spend whatever is necessary to ensure that all children have really good public schools they can go to,” compared to 87 percent of the general public. On affirmative action in education, a slight majority of the wealthy, 53 percent, agreed that “it is the responsibility of the federal government to make sure that minorities have schools equal in quality to whites, even if it means you will have to pay more in taxes,” compared to 71 percent of the general public. Only a small slice, 28 percent, agreed “the federal government should make sure that everyone who wants to go to college can do so,” compared to 78 percent of the general public.

6. Social Security and other safety nets. Some agree that the most popular government safety net, Social Security, is needed but there is a reluctance among the super rich to raise benefits for recipients or to pay higher taxes to expand benefits.

7. Government should protect their wealth. On taxation and regulating capitalist excesses, the top 1 percent weren’t uniform anti-government libertarians, with 55 percent agreeing that, “the government has an essential role to play in regulating the market,” compared to 71 percent of the general public. But it seemed they favored regulation where it positively affected their investments.

8. Military interventions overseas not wanted. In general, the wealthy want the federal government to pick up the slack where the private sector does not invest—with the exception of overseas military involvement. The respondents “leaned toward expanding rather than cutting back only three of the 12 federal government programs we asked about: improving public infrastructure such as highways, bridges and airports; scientific research; and aid to education. Implicitly, at least, our wealthy respondents appear to appreciate governmental production of certain public goods. At a time when the U.S. was engaged in two costly wars and faced a relatively quiescent terror threat, however, they were much less enthusiastic about military or anti-terror spending. And they tilted toward cutting all the income-redistribution or social insurance programs we asked about.”

The findings of the University of Chicago and Northwestern University researchers underscore that not only do the wealthiest Americans have a different and more self-interested agenda than the general public, but they have been able to push the national political discussion—especially from Republicans and pro-corporate Democrats—toward the political right.

The result is what can be called a soft fascism. For the most part, the wealthiest people and industries in America have been able to go about their business unimpeded by government, even as they complain about over-regulation and federal constraints. While there are some super-wealthy individuals who told the researchers that they support social safety nets, as a group they are unwilling to divert some of their personal wealth into social programs that benefit less fortunate Americans.

Instead, they are active participants in a political culture whose rhetoric and policy agenda largely reflects their wealth-generating and pro-corporate concerns. Most Americans, in contrast, seem to be treading water wherever they are on the economic ladder and have diminished political influence.