San Bernardino victim had argued with shooter about Islam 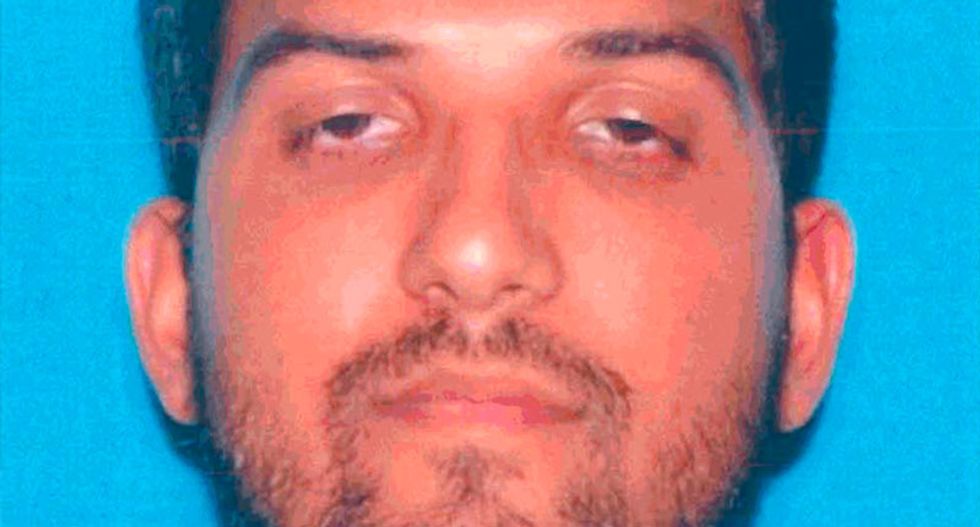 Friends and family have described Nicholas Thalasinos, one of the 14 people slaughtered in San Bernardino , as a devoted father, husband and colleague, a dedicated health inspector, colourful dresser and outspoken conservative.

But as investigators probe Wednesday’s rampage, seeking clues about the killers’ motives, his widow, Jennifer, says she believes he was also a martyr.

Thalasinos died at the hands of Syed Farook and Tashfeen Malik, a married couple who opened fire in the Inland Regional Center, a social services agency where Farook worked.

Farook, 28, and Malik were Muslims and Thalasinos, a Messianic Jew, took issue with Islam. He wrote fiery posts online and denounced Muslims as violent “turbanheads”. He had also argued with Farook, a fellow health inspector.

Their relationship came under scrutiny on Friday when lawyers for Farook’s family cited workplace tension as a possible factor in the country’s deadliest mass shooting in three years. “Someone made fun of his beard. He was a very isolated, introverted individual with really no friends that we could identify,” David Chesley told a news conference in Los Angeles.

Farook had mentioned the teasing to his family, said Mohammad Abuershaid, another attorney. The lawyers mentioned “intolerance” and a “disgruntled colleague” at Farook’s workplace but did not elaborate.

Thalasinos’s widow told the New York Post on Thursday her husband was “anti-Muslim” and “probably had plenty to say” to Farook. “I’m sure everybody has seen his Facebook page. He’s very outspoken about Islamic terrorism and how he feels about politics in the state of the country,” she said.

The FBI has called the atrocity an act of terrorism and there are reports Malik, 29 – a Pakistani national who met her husband in Saudi Arabia – pledged allegiance to Islamic State .

However, the agency said there was no indication they were part of an larger organised group. Law enforcement officials who briefed multiple news organisations said investigators were exploring possible additional motives, including workplace tensions over religion.

Two weeks ago Kuuleme Stephens heard a heated argument when she phoned Thalasinos, a friend, at work. Farook said Thasalinos did not understand Islam, prompting Thalasinos to lament that he did not know how to talk to his colleague, Stephens told the Associated Press.

The day before he was killed Thalasinos posted on his Facebook page that he had received a threatening message from a man he described as an anti-Semitic brain surgeon named “Med Ali Zarouk” from the Ukraine.

The message stated that Thalasinos would never succeed in making a “country for Jews” and ended by saying “soon you ll get your ass kicked, you will die and never see israel as country believe me never”.

Thalasinos responded in the same post that his new hobby was “blocking pagan anti-Semitic troglodytes”. He also noted that an earlier message from another person was far worse.

Thalasinos often posted fiery opinions on a range of topics, including politics and religion. He criticized everyone from Barack Obama to “Iranian fascists”, lamented the lack of biblical teachings in schools and declared global warming a farce.

“This hits too close to home,” Moore, 34, said. She described Thalasinos as a sweet and friendly gentleman who wore colourful outfits – bright red or purple shirts, a pair of suspenders and a black hat.

She nicknamed him “superman” because he would heave heavy boxes of bottled water into her house, an appreciated gesture because she has a lung condition. “It’s just devastating that I connect with somebody and got to know somebody and then this happens,” she said.

Moore described Thalasinos and his wife as quiet, kind people. “The world is a darker place now that Nick isn’t in it,” she said.

By Friday a crowd funding campaign to help pay for funeral costs for Thalasinos had raised almost $12,000 .