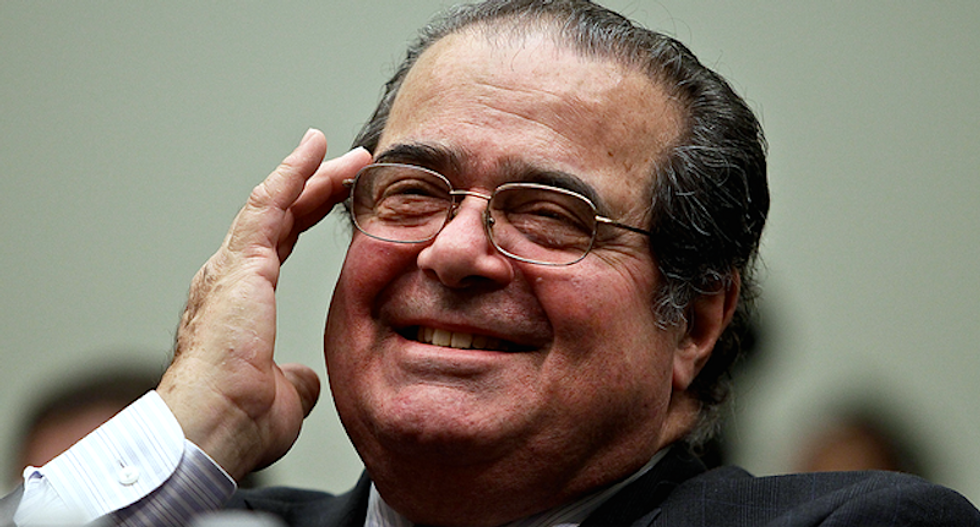 When U.S. Supreme Court Justice Antonin Scalia on Wednesday questioned whether some blacks and Hispanics are academically ready for the University of Texas at Austin, he drew quick criticism from civil rights advocates.

An opponent of affirmative action known for his blunt rhetoric, Scalia might also have been channeling the one justice on the bench who said nothing on Wednesday: Clarence Thomas, the court's only black member.

During the oral arguments over race-based student admissions policies, Scalia said "there are those who contend that it does not benefit African Americans," and some minorities might be better suited to "less advanced" or "slower track" schools.

Thomas, a fellow conservative, has long argued that such programs hurt minorities, including in a 2013 opinion the last time the justices took up the University of Texas case. Thomas wrote that blacks and Hispanics admitted under the university's program that considers race among other characteristics are "far less prepared than their white and Asian classmates."

He said some minorities would be better off at "less selective colleges where they would have been more evenly matched."

"Setting aside the damage wreaked upon the self-confidence of these overmatched students, there is no evidence that they learn more at the university than they would have learned at other schools for which they were better prepared. Indeed, they may learn less," Thomas wrote.

Thomas joined the court in 1991. He has not asked a question from the bench since February 2006.

Scalia's remarks reflected arguments made in some of the court papers backing Abigail Fisher, the white applicant who sued the university when denied entry.

University of San Diego law professor Gail Heriot wrote in one brief that "the nation now has fewer African-American physicians, scientists and engineers than it would have had using race-neutral methods" because of the minority student drop-out rate in some demanding science programs.

Most University of Texas freshmen enter through a program guaranteeing admission to the top 10 percent of high school graduating classes. The university's supplemental admissions policy, targeted in the lawsuit, looks beyond grades to a range of factors including race.

Greg Garre, the university’s lawyer, countered Scalia by saying students admitted through the supplemental program “fare better” over time than those entering through the "top 10" policy.

“And, frankly,” Garre said, “I don’t think the solution to the problems with student body diversity can be to set up a system in which not only are minorities going to separate schools, they’re going to inferior schools.”