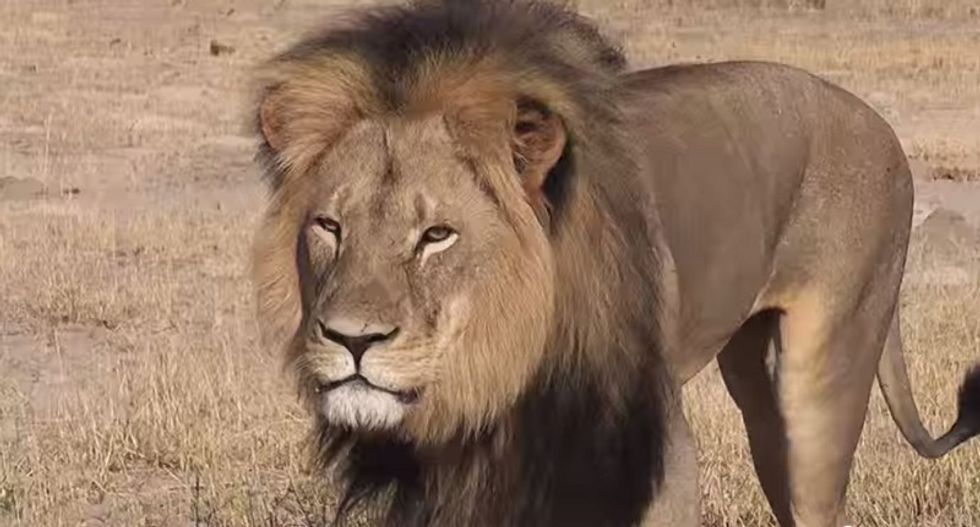 The son of Cecil, the lion killed by American dentist and hunter Walter Palmer in July, has been observed mating and scientists now anticipate the birth of Cecil’s grandcubs in March.

“Xanda was seen mating repeatedly with lionesses from the so-called Backpans pride,” said Professor David Macdonald, founding director of Oxford University’s Wildlife Conservation Research Unit (WildCRU), which has been researching the lions in Hwange national park, Zimbabwe, where Cecil was killed, since 1999. “Pregnancy in lions lasts about 110 days, so all being well Cecil’s grand offspring should be around in March.”

“The real point of this story is not just the pleasure we might all take in thinking of Cecil’s lineage continuing, but more especially the illustration of the power of long-term studies in animal ecology,” said Prof Macdonald, whose research helps improve conservation efforts. “It takes many years to build up a picture of [lions’] lives, giving us now the capacity to follow the fates of lineages.”

Public donations to WildCRU’s lion conservation work have now passed £780,000 ($1.2m), given by over 13,000 individuals and organisations. ‘Cecil was a glorious male lion with a fascinating family history, from which we had learnt a lot about lions’ private lives, and his death was heartbreaking,” said Macdonald. “However, our goal is to learn from it. Good can come from this if the world’s attention can lead to support for our work to improve lion conservation.”

Cecil, who was was 13-years-old, was killed, beheaded and skinned in July. Bait was allegedly used to lure him out of his habitat in Hwange national park so he could be killed.

In October, the Zimbabwean authorities said Palmer would not be charged with any offence because he had obtained legal authority to conduct the hunt. Theo Bronkhorst, a professional hunter in Zimbabwe, has been charged with facilitating the hunt.

The scientists are confident of Xanda’s parentage because Cecil was the only pride male around the time of his birth in 2011. They are also confident Xanda is the same animal as the cub they observed four years ago because the pattern of a lion’s whiskers are unique, like a fingerprint. Cecil is likely to have many offspring among the Hwange lions, but Xanda is one of the few which can be confidently linked to him.

WildCRU, which is funded entirely by donations, has been studying the Hwange lions since 1999 and had tracked Cecil since 2008. The project also researches lions in other parts of Africa and has satellite-tracked more than 200 lions and monitored in detail the lives of more than 500 individuals.

It is also involved in an anti-poaching team, an education campaign and an initiative that helps local farmers protect their cattle by informing them of the lions’ movements.

WildCRU and other researchers published research in October showing lion populations are declining rapidly towards 20,000 .

“Lions are beautiful and their behaviour fascinating beyond imagination, and it is heartbreaking that they – most iconic of Africa’s mammals – face a perilous decline,” said Macdonald. “My huge gratitude to those who have supported us therefore extends beyond deep thanks for the money they have gifted, to the hope they have given us of a shared vision of the future, based on valuing wildlife, the environment and sustainability.”