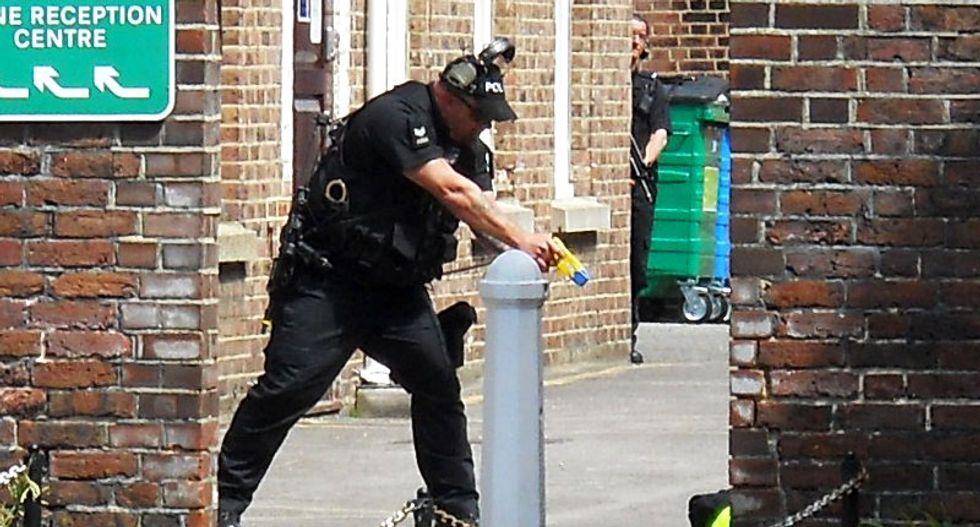 Senior staff at Taser International appear to have posted scathing online reviews of a new film that is critical of the electronic weapons manufacturer, without disclosing that they work for the company.

At least three one-star ratings for Killing Them Safely, a documentary by Nick Berardini released in November, were posted on Amazon and iTunes this week by men with names matching those of Taser employees.

After the men and the company were contacted by the Guardian on Thursday, one of the reviews was removed from the web. Another review appears to have been taken down since its original posting and reposted under another name.

“Waste of time,” Robert Lovering wrote on an Amazon.com page for the film on 7 December, under the heading “Do not waste your time or money”. Lovering continued: “The information delivered in this movie is not creditable and extremely boring.”

A Bob Lovering works for Taser as a sales director at its headquarters in Scottsdale, Arizona. He has been praised by senior executives at the company for delivering record sales by telephone of weapons to police departments across the US. After a message was left for Lovering on his office phone on Thursday, the Amazon review disappeared. The message and a subsequent email were not returned.

Berardini’s documentary, which took several years to make, traces the rise of Taser and examines the company’s assurances that its electronic control weapons, commonly known as stun guns, are safe and non-lethal. An investigation by the Guardian has identified 48 people who died so far this year after being shocked with a Taser by law enforcement officers. Some authorities concluded that the devices did not contribute to the deaths.

Related: Bolts from the blue: inside the phenomenon of US police, Tasers and sudden death

The critical postings about the film emerged amid a crackdown by Amazon on manipulation of its system. In October the online retailer launched legal action against the authors of positive product reviews that appeared to have been paid for. The company said it was acting to defend the integrity of “honest and unbiased reviews”.

“I’m kind if indifference [sic] to Taser devices but was hoping this would be educational,” this review said, adding that it turned out to be “swill” by “someone who clearly hates this company”. The same review now appears on iTunes under the name “BobRossRocks”. Halioua did not return a message and an email seeking comment.

A third review was posted on iTunes on 7 December under the name of Bobby Driscoll Jr. Titled “Defamatory Detritus”, it dismissed the film as “inaccurate, inflammatory, one-sided”. A Bobby Driscoll Jr works for Taser as a director of sales operations at the Scottsdale headquarters. He, too, did not respond to a message and an email seeking comment.

Taser’s longtime voice in the media, Steve Tuttle, said that he had not asked staff members to post reviews of the film and did not know if anyone at the company had. He said it should not be surprising that people working for Taser did not enjoy it.

“Are you fucking joking?” Tuttle, the company’s vice-president for strategic communications, said on Thursday, when asked if the staff ought to have made clear they had a vested interest. “It’s a free country and they can do what they want.”