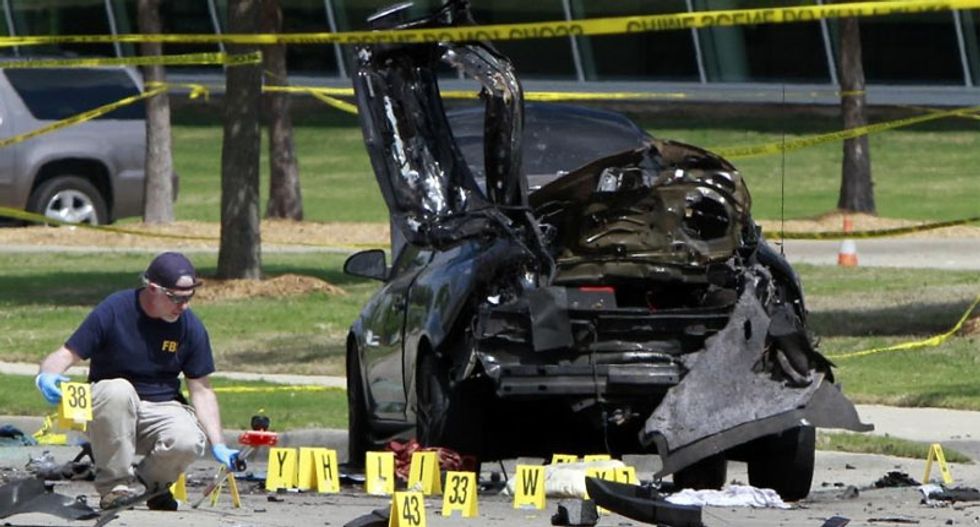 One of the shooters in a May attack on a "Draw Mohammed" cartoon contest in Garland, Texas, exchanged 109 encrypted electronic messages with suspected militants overseas on the morning of the attack, the head of the FBI said on Wednesday.

As law enforcement officials pressure Silicon Valley for more cooperation in fighting violent extremists, Federal Bureau of Investigation director James Comey said it is a "big problem" that the FBI cannot see the content of such messages.

“The reason we have cases in all 50 states is a very real concern that people are radicalizing in a way that’s hard to see,” Comey testified to the Senate Judiciary Committee.

Before last week's shootings that killed 14 people in San Bernardino, California, the Garland attack was the only apparent Islamic State-inspired shooting in the United States.

There is some indication that the San Bernardino shooters were “at least in part” inspired by the Islamic State, Comey told the committee.

Elton Simpson and Nadir Soofi opened fire with assault rifles on May 3 outside the "Draw Mohammed" event organized by an anti-Islamic group at a civic center near Dallas.

Both Simpson and Soofi were quickly shot dead by police. One police officer was injured. There were no injuries among the approximately 150 people attending the event.

Afterward, the Islamic State claimed that it was behind the failed attack. The militant group based in Syria and Iraq said on its official online radio station that "two soldiers of the caliphate" carried out the attack.

In the wake of subsequent attacks in Paris and California, the Obama administration has increased pressure on companies to let law enforcement authorities have "backdoor keys" to encryption systems often used in electronic messaging.

The companies have resisted this pressure, saying that opening their systems to the government would weaken them and expose users to abuses by hackers.

Comey did not identify which of the two Garland shooters exchanged the messages.

The FBI chief updated the committee on recent conversations he has held with tech companies, saying they agree with the FBI that there is a "collision" between privacy and security concerns when it comes to encrypted information.