Study confirms assholery in the workplace is contagious 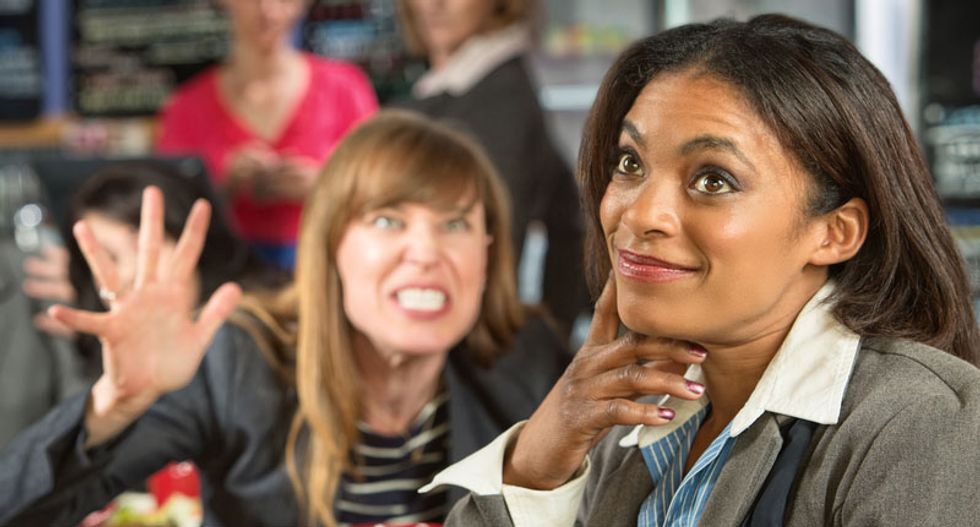 And now, it’s a fact: No one ever escapes middle school. That’s right — we never seem to mature. That’s according to Swedish researchers who make the case that your coworkers are just as petty and childish as the mean kids who drew penises on your textbook in seventh grade.

According to the researchers from Lund University, workplace rudeness is contagious. When one employee gets away with being an asshole — making fun of someone else, taking credit for another’s work, sending gossipy emails — others follow suit.

But wait. Shouldn’t one person’s callous behavior inspire others to be more outspoken and sensitive? No, of course not, you naive idiot. According to professor of psychology Martin Bäckström from the research team, those who act rudely “experience stronger social support” from their peers. In other words, if you’re rude and get away with it, you’ll grow more confident and others will mimic you. Mean Girls is starting to look like a documentary.

This data comes from a survey of nearly 6,000 people on the subject of social climate in the workplace. The full research hasn’t been released yet, but the researchers discuss it here in a press release.

So how do you create an office culture that doesn’t resemble a locker-cluttered junior high? For starters, don’t let the assholes get away with it. Speak up if you see someone being taunted or harassed, or if you’re personally being bullied. If you’re not in a position of authority, or if you’re worried about retribution, talk to a manager or your human resources representative.

And, depending on your company environment, make use of the sunshine principle. That is, cast light on your awful coworker’s awfulness. This shitty behavior may persist only because of blind eyes, turned cheeks and willful ignorance.

“When people become aware of the actual consequences of rudeness, it is often an eye-opener,” said researcher Eva Torkelson.