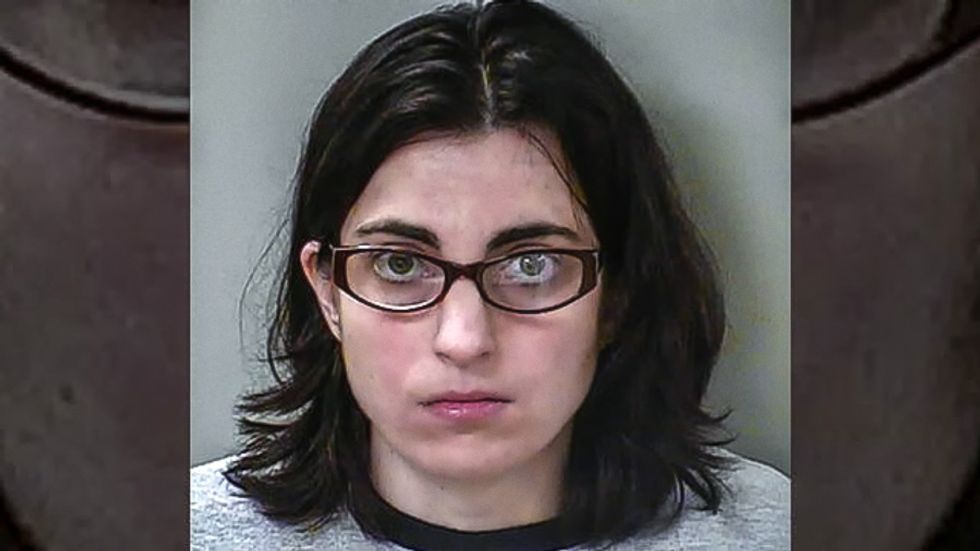 Anna Yocca has been charged with attempted murder (WTVF/screen grab)

A Tennessee woman accused of trying to use a coat hanger to abort her 24-week-old fetus pleaded not guilty to a charge of attempted murder in a Nashville-area court on Tuesday, a sheriff's official said.

Anna Yocca, 31, was indicted this month for attempting to abort the fetus in a bathtub in September. She began bleeding heavily, and was taken to the hospital.

The infant, named Leo Kluge, survived but his quality of life was harmed, and he will need extensive medical care, according to a complaint filed by Murfreesboro Police Detective Tommy Roberts.

The charge for the attempted abortion led to complaints by pro-choice activists, some of whom appeared in court and outside of court on Tuesday wearing T-shirts and carrying signs in support of Yocca, according to Twitter posts. The shirts read "Abortion on Demand & Without Apology."

Yocca appeared by video monitor from the Rutherford County Jail in Murfreesboro, about 35 miles southeast of Nashville, said Lisa Marchesoni, spokeswoman for the Rutherford County Sheriff's Office. Yocca told Circuit Judge Royce Taylor that she needed an attorney, and a public defender was appointed.

Yocca will return to court on Jan. 5.