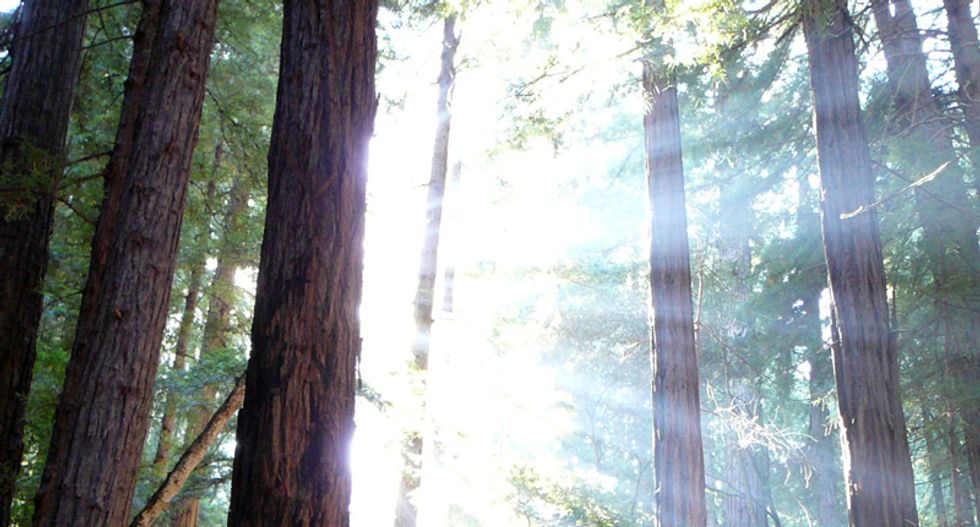 "Trees and sunshine". Licensed under Public Domain via Commons.

As many as 58 million large trees in California are threatened by record drought afflicting the state since 2011, says a study.

Besides the lack of water, high temperatures and a destructive insect called the bark beetle also raise the risk of forest mortality, said the study published in Proceedings of the National Academy of Sciences.

"California relies on its forests for water provisioning and carbon storage, as well as timber products, tourism, and recreation, so they are tremendously important ecologically, economically, and culturally," wrote Greg Asner, an ecology expert with the Carnegie Institution.

He added: "The drought put the forests in tremendous peril, a situation that may cause long-term changes in ecosystems that could impact animal habitats and biodiversity."

In this study California's forests were observed with laser-guided imaging equipment.

The researchers found that some 10.6 million hectares (41,000 square miles) of forest with up to 888 million large trees, including the famed sequoias, have endured major water shortages from 2011 to 2015.

Of these, up to 58 million trees have suffered a water deficit classified as extremely threatening to long-term forest health.