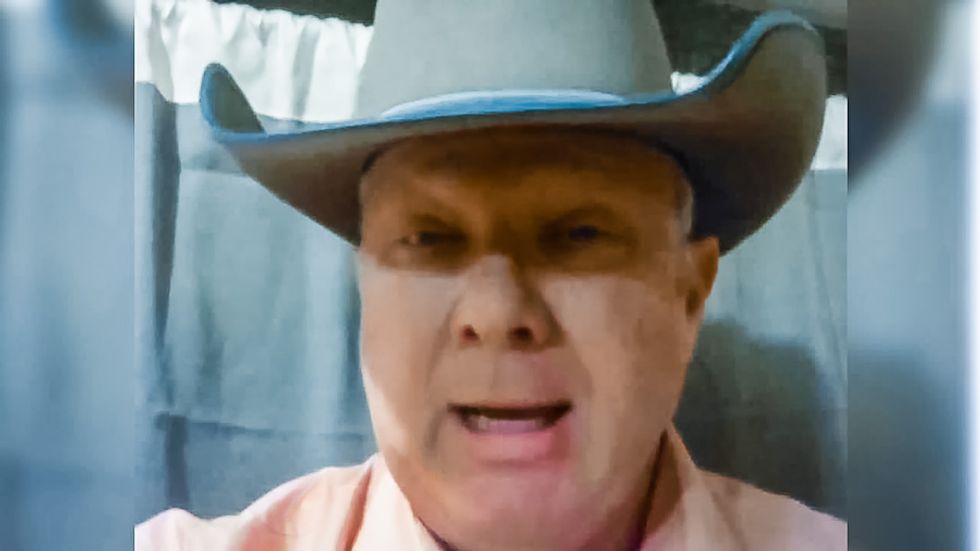 Police Chief Randy Kennedy, the police chief of Hughes Springs in East Texas, issued a warning to residents this week urging them to buy guns to protect against Muslim terrorists and to fight President Barack Obama's government if necessary.

"I watched President Obama tonight and heard what he had to say about confronting terrorism, and I didn't find his words encouraging at all," Kennedy explained. "What I'm asking all of my citizens to do, all my law-abiding citizens, I am asking you to help me and our fellow law enforcement officers by arming yourselves."

According to the chief, "nobody who is a legal gun owner has ever wanted to harm or kill anyone."

Kennedy predicted that law enforcement officers would one day need to be saved by "a group of my citizens."

Kennedy urged the president to "understand what the Second Amendment is for."

"You are not our potentate, sir," the police chief told Obama. "You are our servant. And you were elected to serve and protect us first. And I suggest, sir, since you are a constitutional expert that you better review your history on the Constitution and understand we are a free people and are subject to no one other than the almighty God and Jesus Christ, the king."

"If you try to disarm us, sir, you will cause a revolution in this country to occur."

Cass County Sheriff Larry Rowe told the Longview News-Journal that he agreed with Kennedy's remarks, but he didn't expect many jihadis to target the 36,000 people in his county.

"We've got plenty of rednecks, baby. I don't think this would be a great spot for them to camp out," Case said.