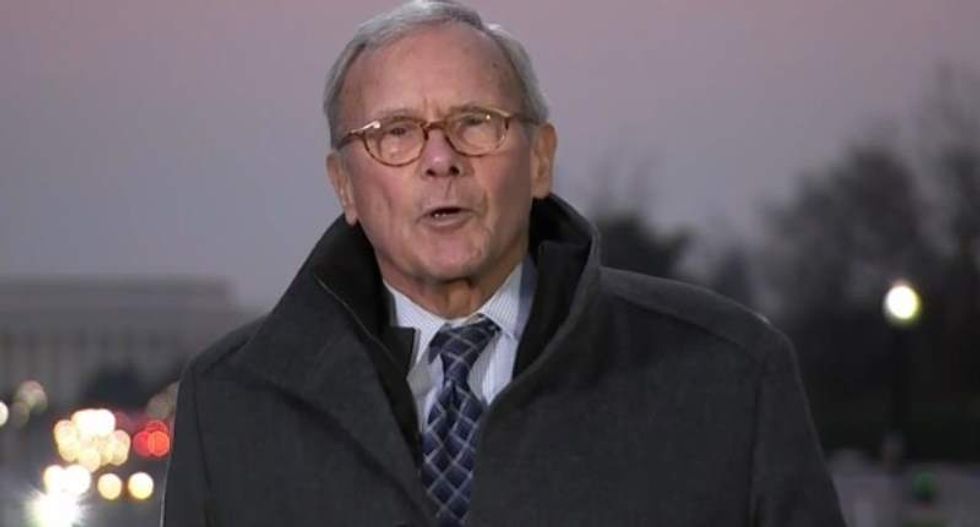 Former NBC anchor Tom Brokaw returned to the network on Tuesday to describe Donald Trump's push to ban Muslim immigration into the US as comparable to other instances of "paranoia overriding reason" in the country's political history.

"Trump's statement, even in this season of extremes, is a dangerous proposal that overrides history, the law, and the foundation of America itself," he said in a commentary aired on NBC Nightly News.

Brokaw, like other critics of Trump's proposal, mentioned the forced internment of Japanese-Americans during World War II. But he also invoked Sen. Joseph McCarthy's (R-WI) "reckless anti-Communist witch hunt," which unfolded as black Americans were subject to prejudice around the country.

"Yes, the jihadists are radical Muslims, but they're a minority in a world with a billion-and-a-half Muslims," Brokaw argued. "Even so, defeating ISIS will be long, hard, and expensive -- perhaps even more so now, because ISIS is likely to use Donald Trump's statements as a recruiting tool."

Watch Brokaw's commentary, as aired on Tuesday, below.