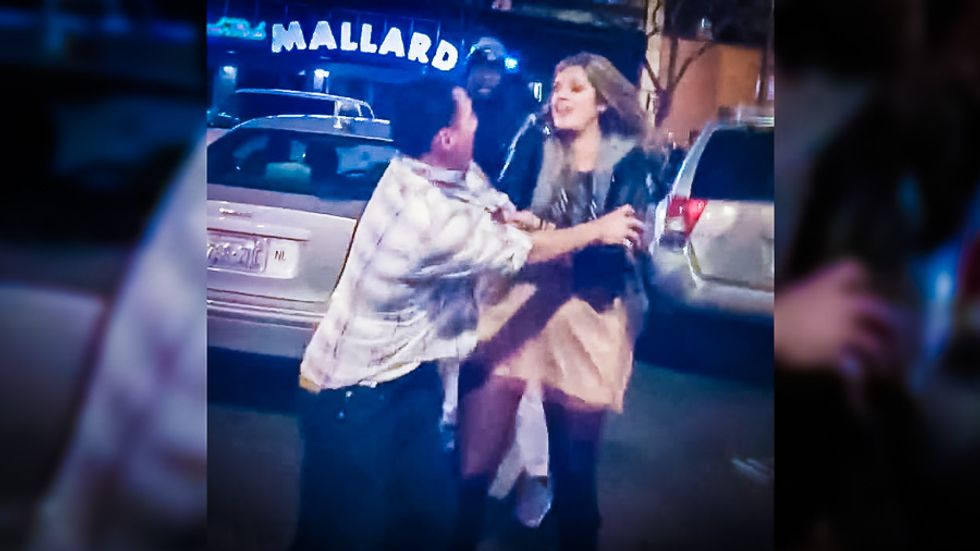 An interracial Washington state couple was recovering this week after they say that they were attacked based on their race.

Serigne Diouf told The Bellingham Herald that he was picking up his girlfriend in Bellingham early Saturday morning when three men called him racial slurs and told him to leave.

Cell phone video of the incident shows Diouf's girlfriend getting punched in the face before Diouf attempts to retaliate with punches of his own. Racial slurs can be heard as one of the men tries to jump on Diouf.

An officer on the scene did not watch the video, and declined to file charges against anyone at the time. The officer claimed that all of the parties were drunk and that no one was seriously injured. But Diouf pointed out that he doesn't drink and that his girlfriend had a black eye.

The department later reviewed the video and decided to arrest Zamora on suspicion of fourth-degree assault. The other men were not expected to face charges. Police Sgt. Mike Scanlon told The Bellingham Herald that the men could not be charged with a hate crime just for using racial slurs.

Diouf, who is black, insisted that the men had punched his girlfriend because they were a mixed-race couple. He said that he still wants to see all of the men charged.

“Because I am a black man they jumped on me and called me a (racial slur),” he observed.

The video below contains racial epithets and profanity.