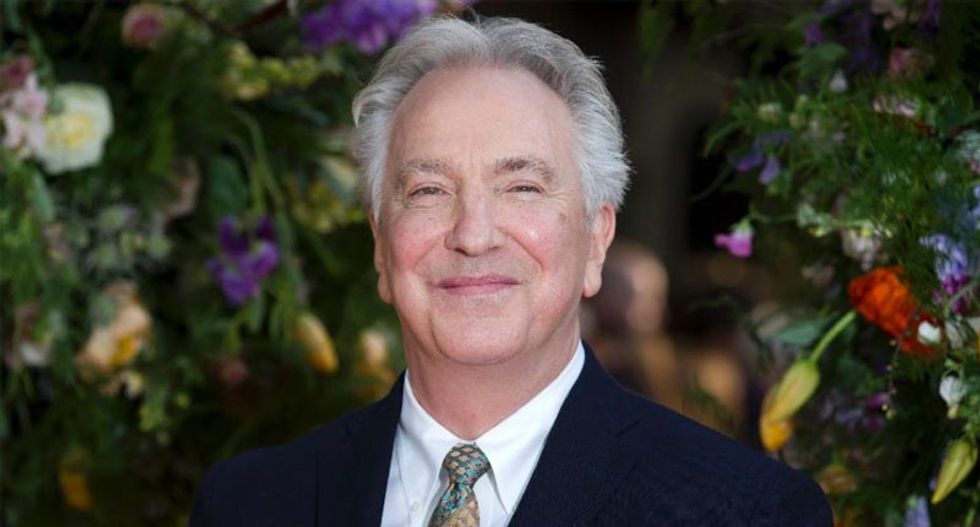 Veteran British character actor Alan Rickman, known for his memorable portrayal of screen villains, has died at the age of 69 after suffering from cancer, his family said Thursday.

Rickman, who won a Golden Globe and a BAFTA during his career as a film, television and theatre actor, had a rich, smooth voice and brooding delivery that helped make him a sex symbol.

"The actor and director Alan Rickman has died from cancer at the age of 69. He was surrounded by family and friends," a family statement said.

Rickman did a memorable turn as the Sheriff of Nottingham in the 1991 blockbuster "Robin Hood: Prince of Thieves".

His performance earned him a BAFTA, Britain's film awards, for best supporting actor.

"This will be a healthy reminder to me that subtlety isn't everything," he said, on receiving the award.

Rickman also won a Golden Globe for best actor in a miniseries or television film for the title role in "Rasputin: Dark Servant of Destiny" (1996).

He gained legions of younger fans with his portrayal of the largely malicious teacher Severus Snape in all eight "Harry Potter" films from 2001 to 2011.

In between, he starred in the Christmas-themed romantic comedy movie "Love Actually" and voiced Absolem the Caterpillar in "Alice in Wonderland".

Born in Acton, west London, on February 21, 1946, he won a scholarship to the Royal Academy of Dramatic Art at the relatively late age of 26.

In 1985 he played the lead male role in the Royal Shakespeare Company's version of "Les Liaisons Dangereuses", which transferred to Broadway, where he received a Tony Award nomination.

But it was his intimidating portrayal of villains that made his mark on Hollywood.

In 1995 he was chosen by Empire film magazine as the 34th sexiest star in film history.

He met his partner Rima Horton, a local politician and an economics lecturer, in 1965 and they married in a private ceremony in New York in 2012.

Rickman's death comes just months ahead of the release of a new film called "Eye in the sky" in which he stars alongside Helen Mirren and Aaron Paul.

The "Alice in Wonderland" sequel "Alice Through the Looking Glass" is also due for release in the coming months.