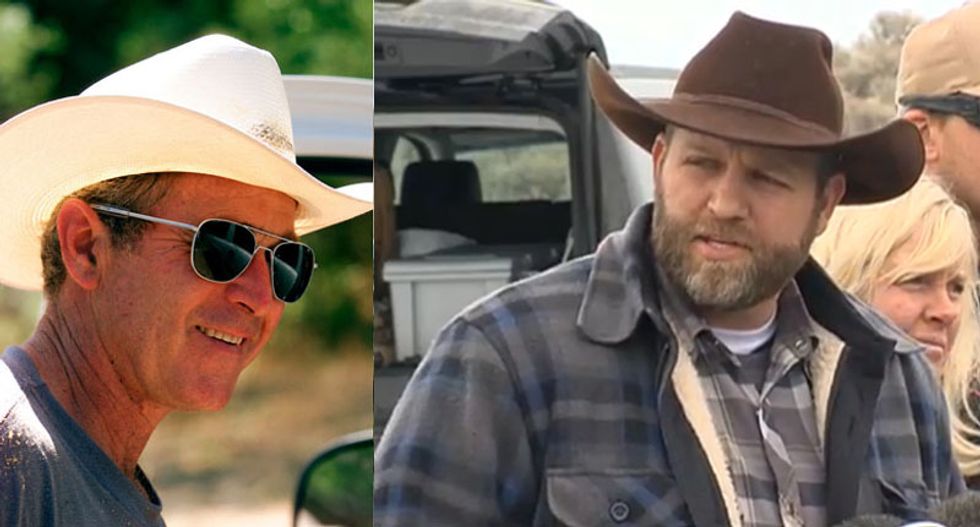 U.S. President George W. Bush wearing a sweat-stained cowboy hat and sunglasses gets into his truck on his Crawford, Texas Prarie Chapel Ranch August 25, 2001. Bush is winding up a nearly month-long working vacation at the ranch. REUTERS/Rick Wilking

Ammon Bundy, the leader of a militant group that's taken over a federal building in Oregon, said on Tuesday that his militia would "go home" as soon as members of the local community were ready to exercise their rights over the U.S. government.

Speaking at a press conference at the occupied Malheur National Wildlife Refuge, Bundy responded to members of the community and local law enforcement who have asked his group to leave.

The militia leader said that he saw a time in the near future when the community would take over the role of protecting their own liberty.

In the meantime, he said the militants would continue to be "a temporary defense for them while they get their feet on the ground."

Bundy's argument for occupying federal land is strikingly similar to part of the Bush administration's justification for going to war in Iraq.

"The first to benefit from a free Iraq would be the Iraqi people, themselves," President George W. Bush told the American Enterprise Institute in 2003. "Today they live in scarcity and fear, under a dictator who has brought them nothing but war, and misery, and torture. Their lives and their freedom matter little to Saddam Hussein–but Iraqi lives and freedom matter greatly to us."

"If we must use force, the United States and our coalition stand ready to help the citizens of a liberated Iraq," the president insisted. "The United States has no intention of determining the precise form of Iraq’s new government. That choice belongs to the Iraqi people."