Are we headed for a leftward shift in the next 30 years? 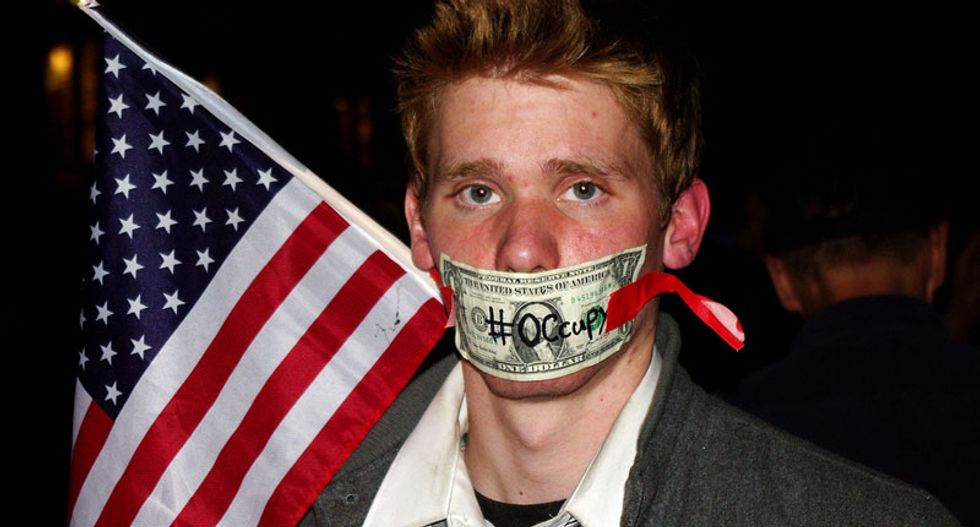 In a political season notable for pure nastiness, the release of a funny, warmhearted political commercial was welcome.

Even better the ad is damn good: it ostensibly tells the story of how Carl Sciortino, a Congressional candidate in Massachusetts came out to his father. Oh, not about being gay, hey, everybody already knew that. Rather, he tells his Tea Party dad that he’s a Massachusetts liberal, leading to some lighthearted (albeit it, policy driven) banter, and politics aside, how they still love each other.

This pigeonholing of millennials masks a deeper truth: that the youngest generation of voters has grown up committed to both personal activism and an activist government.

Apart from making everyone who saw it feel all tingly inside, a commentator for the Atlantic Wire saw something deeper in this ad, namely an insight into one-fifth of the American electorate in the 2012 election known as millennials: the voters younger than 35 who, according to the Atlantic, support “the usual liberal” ideas like gay marriage and climate change.

Still this pigeonholing of millennials masks a deeper truth: that the youngest generation of voters has grown up committed to both personal activism and an activist government.

The most extensive survey of the millennials’ attitudes reveals almost two-thirds believe in aggressive government regulation of the economy and environment. Also, over 80 percent of these millennials say Social Security and Medicare have benefitted America and they want these programs managed—not privatized—until they retire.

A few conservatives have hit the panic button and are encouraging Republicans to change their approach, while others dismiss them as a non-factor, saying they aren’t worried about the “basement brats”—a term referring to the fact that a record number of millennials (36 percent, according to the census) are still living with their parents.

Yet conservatives should be worried: early in September, essayist Peter Beinart presented his theory that millennials will be the core of a “New Left” movement in America.

Unfortunately, Beinart’s narrative hook was Bill deBlaiso’s primary win in New York City’s mayoral race, so a few critics creamed Beinart over the fact that de Blaiso actually did a bit better among older voters than younger ones (perhaps Beinart should have used the Carl Sciortino ad as his hook).

But this misses the larger point: Beinart’s argument that we are headed for a dramatic leftward shift in our politics over the next 30 years.

Beinart bases his claims on the work of sociologist Karl Mannheim and the theory of “political generations,” or voters shaped by life events. Simply put, the politics of any generation are influenced by major events and the more catastrophic the event, like the Great Depression followed World War II or the Vietnam War, the more profound the politics of that generation.

For millennials, it wasn’t just the economic meltdown of five years ago: Beinart argues the economy has been slack since 2001 and they have been hurt. He has a point: if you were born in 1980, the year Ronald Reagan was elected, you were still a kid when the dot-com bubble burst and the 2001 recession began. Since then, wage disparities have grown wider and during this current recovery (if you can call it that), low-income/low-benefit jobs (the ones millennials will most likely get) are outnumbering high-paying jobs by a two-to-one margin, leading to record income inequality.

That, combined with CEO’s who compare any opposition over their massive salaries to victims of lynch mobs or the Holocaust is a pretty good reason why two-thirds of the millennials think opportunities for them are dwindling and activism is their only hope.

However, before you buy into Beinart’s theory of a new “Occupy Wall Street” generation, historian Rick Perlsteinforcefully raised a few cautions. He points out that even though the idea of political generations is sound, it is also true that as generations age, their beliefs can change, and he should know. His book on the 1964 presidential election showed how what many thought would be the beginning of a Renaissance for the American left produced the philosophical underpinnings of the Tea Party movement.

Equally significant, Perlstein points out how our political system traditionally shifts too much power to rural and right-wing regions while “soft power,” like the money the Koch brothers have spent to tell the millennials they shouldn’t buy health insurance, could alter the direction of any path leading left.

Still: the early numbers from the health care exchanges and the experience millennials have had going through twouseless government shutdowns starting in 1995 makes me think Beinart may be onto something.