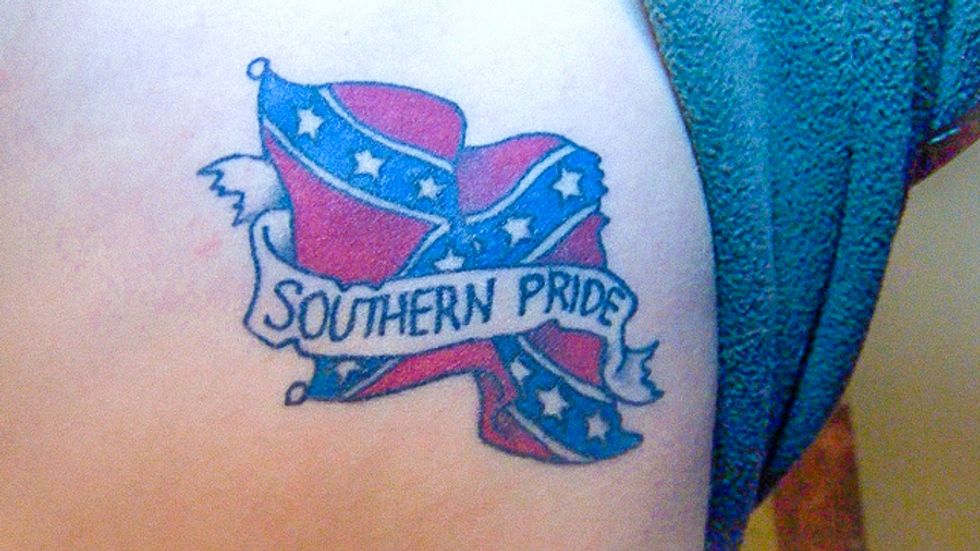 An Arkansas man who was disqualified by the Marines because of his Confederate flag tattoo complained to a local news outlet this week that his ink wasn't racist because it included the words "Southern Pride."

Anthony Bauswell, 18, told KARK that he wanted to show pride for his country by joining the Marines. But recruiters immediately stopped the process after they saw the tattoo of a Confederate flag with a banner reading "Southern Pride" on his ribs.

"There's the tattoo it clearly states southern pride," he insisted. "As soon as I said rebel flag on my ribs, [the recruiter] says [disqualified], just automatically, DQ."

"I felt pretty low. My own government wasn't going to let me serve my country because of the ink on my skin," Bauswell recalled.

The Marine Corps tattoo police forbids tattoos that included nudity or are "racist, eccentric or offensive in nature."

"I definitely don't want it to be seen as racism, which is 99 percent of the reason I got southern pride on it," Bauswell lamented to KARK.

Watch the video report from from KARK here.