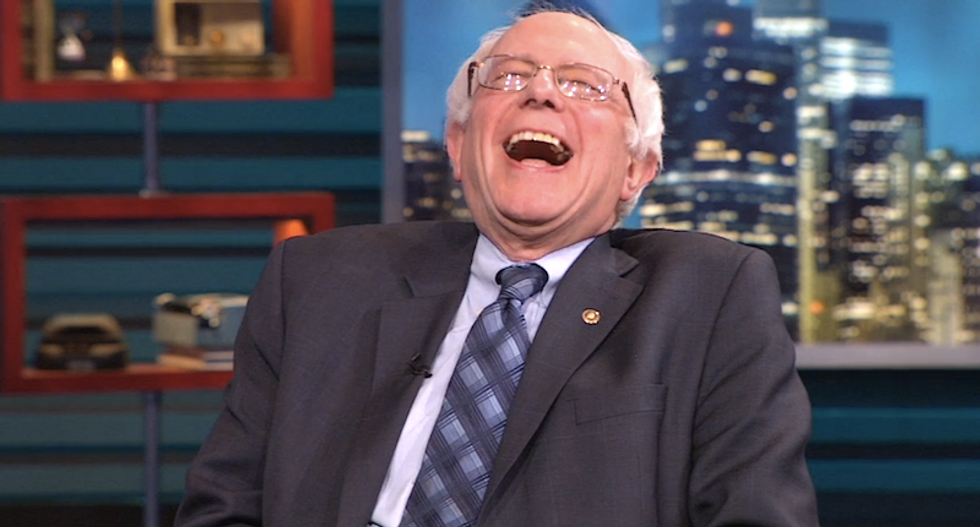 Democratic candidate Bernie Sanders hit back at the Washington Post on Thursday after the paper published an editorial accusing him of "peddling fiction" to voters with his progressive politics.

The Vermont senator is giving former Secretary of State and Dem front runner Hillary Clinton a run for her money by drawing in young voters, CNN reports. But the Post editorial board doesn't think Sanders can deliver on his socially-progressive campaign rhetoric, accusing him of "selling his own brand of fiction to a slice of the country that eagerly wants to buy it."

Sanders shot back when contacted by the Post for a response.

"People are telling us, whether it's the Washington Post editorial board or anybody else, our ideas are too ambitious — can't happen," Sanders responded. "Too bold — really? Well, here's something which is really bold. In the last 30 years, there has been a massive transfer of wealth from the middle class and working families of this country. The middle class has become poorer and trillions of dollars have been transferred to the top one-tenth of 1 percent... Where was The Washington Post to express concern that the middle class was shrinking?"

But that retort apparently wasn't enough for Sanders.

According to The Hill, Sanders lashed out again during a Bloomberg Politics breakfast, saying of the Post's editorial board, "check out where all the geniuses on the editorial page were with regard to the invasion of Iraq."