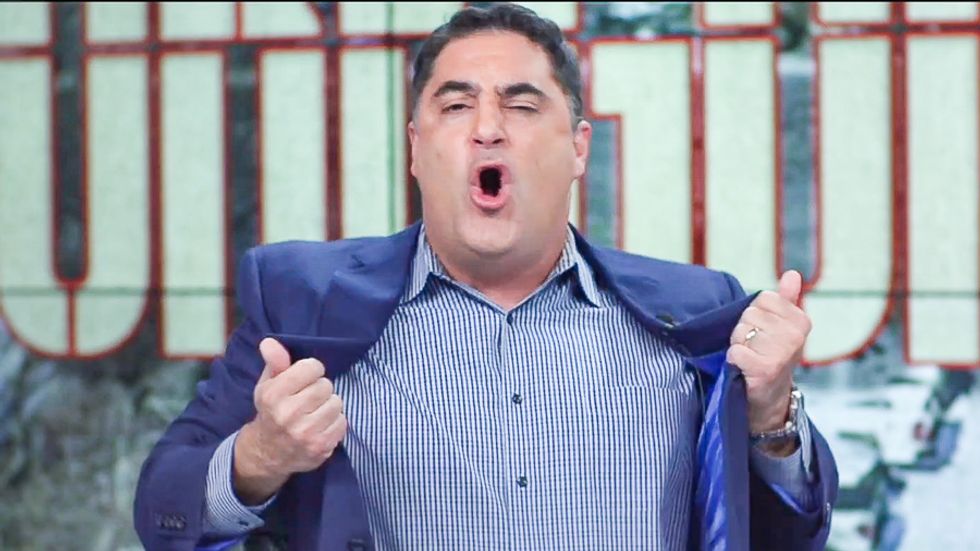 Cenk Uygur, host of The Young Turks, has finally had it with the militants in Oregon and the hands-off approach taken by law enforcement, and he let them know it with a blistering rant on his Wednesday show.

Following the death of Robert “LaVoy” Finicum and the arrest of Ammon Bundy and other militants, the remaining occupiers of the Malheur National Wildlife Refuge indicated that they were ready for a "bloodbath."

But after one unhinged militant called to "kill" law enforcement, Uygur appeared unable to contain his rage on Wednesday's show.

"We're going to have a conversation with these guys?" Uygur asked. "They were free to come and go for three weeks, there was no perimeter. The FBI says, 'Oh don't worry, we just set up a perimeter.'"

"God damn right, I'm worried!" he exclaimed. "Why didn't you set up a perimeter the first time they captured a federal building, armed, talking about how they're going to murder people who come and try to take it from them."

"And here are these guys on camera saying, 'We're going to murder the cops if they come to get us.' You stole, sh*t, you criminal, you thug!"

Uygur observed that black and liberal activists would have been quickly stopped by authorities if they attempted similar actions.

"Look at the white privilege here, and it's not just white," he explained. "It's right-wing privilege. Because if left wingers had taken over, environmental groups had taken over and say, 'Oh, we're going to do this and we're going to do that.' It doesn't matter if it's a Latino, a black group or it's just white Greenpeace or animal rights guys, nobody gets to come and go and threaten cops and talk about killing them!"

"This is white privilege. You can steal stuff, you can steal federal stuff and they don't even arrest you for three weeks!"

Uygur added: "This is insane, man. There's two different laws in the country and we walk around pretending it isn't."

Cenk Uygur's rant begins at 5:30 in the video below via The Young Turks.