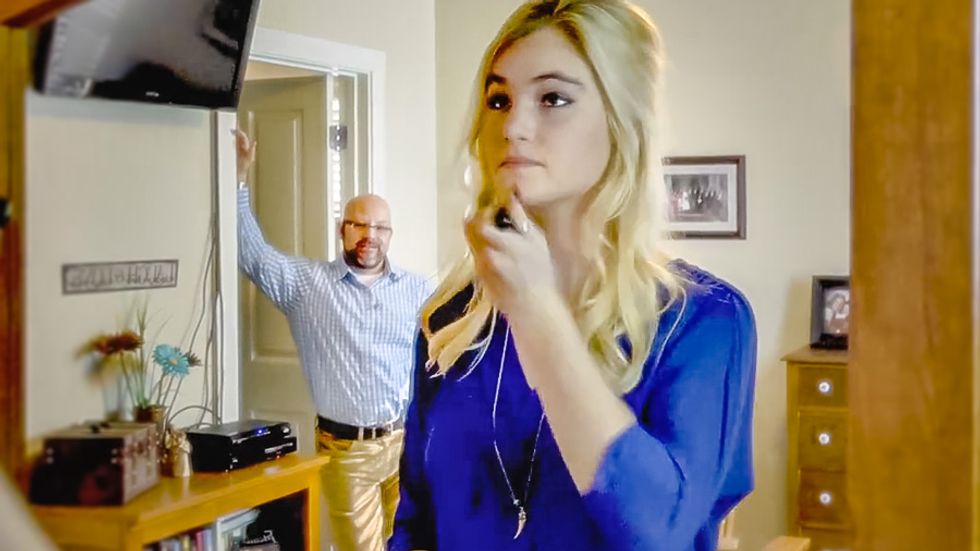 Parents in Colorado have complained that a school district used its email system to advertise a Christian event which uses Bible lessons to encourage girls as young as 11 to stay "pure" while looking for a husband.

Colorado blogger Anne Landman first reported that the Western Colorado Atheists and Freethinkers had been contacted by parents after Mesa Valley School District 51 sent out an email promotion for an event called “Wake Up Sleeping Beauty: Worship At His Feet.”

The flier includes the silhouette of a girl's face with a Bible verse from Luke 7:38.

“As she stood behind him at his feet weeping, she began to wet his feet with her tears. Then she wiped them with her hair, kissed them and poured perfume on them," the flier reads.

The program, which is put on by June Fellhauer's Wake Up Ministries, promises that girls will want to change their Facebook status to “The One Who Worships At His Feet.”

A video posted to the Wake Up Sleeping Beauty Facebook page encourages fathers to "protect her purity." The video shows a father watching over his daughter as she puts on makeup.

In promotional videos on the Wake Up Ministries website, Fellhauer warns girls about the "gag reflex" caused by kissing with your tongue.

"I think 'Wake Up Sleeping Beauty' is an amazing program," one girl declares in the video. "Especially going through the time that I was, being cheated on. That was really hard for me but it also made me realize a lot that I needed to forgive him and he didn't have the qualities I was looking for in a husband."

But it was the imagery from the flier sent out by District 51 that parents found so disturbing.

"The idea of a woman or girl ('she') crying at a man’s feet, then using her hair to wash his feet, then kissing his feet, seems pretty demeaning to me," one parent said. "Apparently the irony of this imagery used to promote an event which purports to strengthen or support girls/women is lost on all involved.”

A complaint from the parent was quickly dismissed by the school district.

"Having reviewed the flyer and KHB-R per your request, we do not find that the flyer promotes a religious organization or demeans a person or group on the basis of gender," District 51 Communications Specialist Jeannie Smith told the parent in an email.