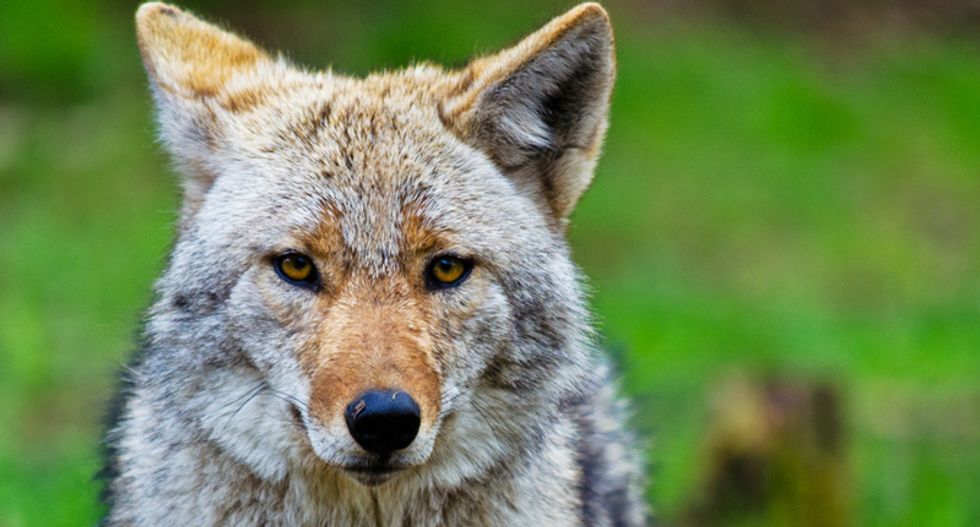 There are strange goings on in Marin County, just across the Golden Gate Bridge from San Francisco. Local media are reporting repeated instances of coyotes behaving oddly, staring at and then charging at cars on the Pacific Coast Highway near the beach town of Bolinas and Stinson Beach, and one of the explanations offered—and not discounted—is that they are high on "magic" mushrooms.

According to the local Pacific Sun:

A coyote has taken to staring down automobile drivers as they drive through this twisting, turning section of highway, before attacking the car and then skulking off back into the wilderness. The coyote runs up to the cars, usually at night, forcing drivers to stop as the beast stares and sniffs around the vehicle.

The coyote “attacks” have happened a bunch of times, to enough people, to warrant calls to figure out what’s going on with the animal. Or, animals, as the latest grist out of Bolinas has it that there are now two coyotes acting a little weird, or a lot weird: Drive-by coyote stare-downs have now become part of the normative experience for a Bolinas-based individual who makes numerous nighttime airport runs every week. We are not identifying this individual, who fears retribution at the vengeful paws of these bushy-tailed beasts. He would only say, “It’s a terrifying, yet beautiful thing to behold.”

The coyote could be "tripping its tail off," the paper speculated, adding that, "The cars would therefore be some sort of coyote vision, a dark vision of human interlopers, who must be stopped before the rents get any higher in West Marin. That would be kind of cool."

The psychedelic mushroom amanita muscaria (fly agaric) grows wild in the cow pastures of West Marin County, and coyotes have been photographed eating them. The speckled, red-capped fungus is believed to be the one Alice in Wonderland eats before she goes through the looking glass.

Amanita muscaria has a long history of shamanic use in Siberia and Northern Europe, as well as Indian and Iran, where it was once considered a sacred hallucinogen. But it's not just Siberian shamans who have a taste for 'shrooms; both coyotes and domestic dogs are known to eat them and, like humans, can suffer "neurological excitability," seizures, and even death from poisonous ones. Now, local animal welfare workers are counseling dog owners on how to keep their pets away from them.

Coyotes on 'shrooms may be the most intriguing theory for the weird animal behavior, but it's not the only one. Rabies was considered by animal welfare workers, but then discounted, since it is rare in the region and infected animals usually die quickly. But the psycho coyotes have been being spotted for weeks now.

Another possibility is that they've learned bad food habits from some human feeding them and are now chasing cars in search of a meal. But that seems like a stretch, and the notion that they're getting their canine minds blown on mushrooms is much more gratifying. Trip on, Brother Coyote.