Donald Trump: Hillary constantly plays 'the woman card -- it’s the only way she may get elected' 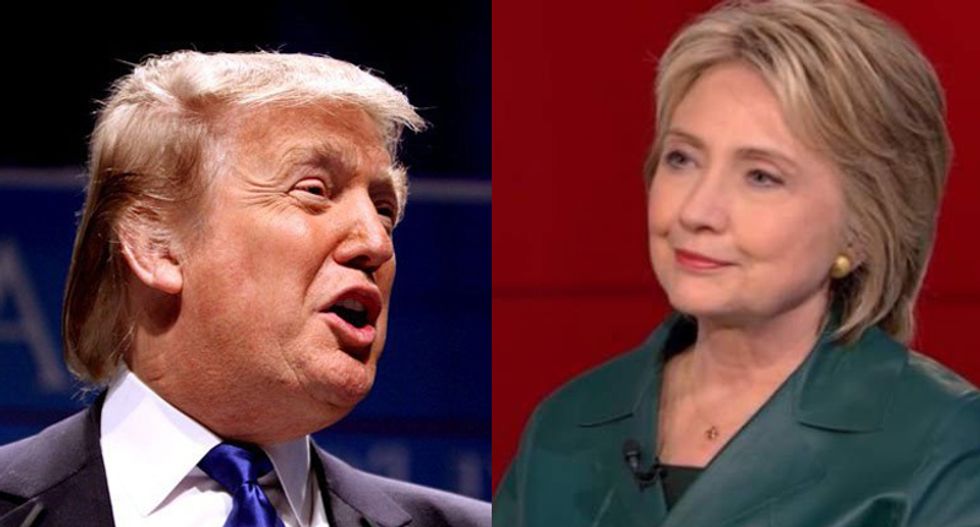 Donald Trump has taken another shot at Hillary Clinton, telling CBS’s Face the Nation in an interview to be broadcast on Sunday: “She’s constantly playing the woman card. It’s the only way she may get elected.”

The Republican presidential frontrunner also said Clinton, who leads the Democratic race as the primaries approach, had during her time as secretary of state in the Obama administration “caused tremendous death with incompetent decisions” regarding the Middle East.

In the interview, which was recorded on Friday night – before the emergence of an al-Shaabab recruitment video which used footage of Trump saying Muslims should be barred from the US – the Republican continued recent attacks in which he has focused on Clinton’s husband, Bill , and his relationships with other women.

“She’s constantly playing the woman card,” he said. “It’s the only way she may get elected… Personally, I’m not sure that anybody else other than me is going to beat her. And I think she’s a flawed candidate.

“... It hasn’t been a very pretty picture for her or for Bill. Because I’m the only one that’s willing to talk about his problems. I mean, what he did and what he has gone through I think is frankly terrible, especially if she wants to play the woman card.”

Excerpts of the interview in which Trump rejected President Obama’s plans to address gun control reform via executive actions were released by CBS on Saturday. The remarks about Clinton were excerpted by the website Politico on Sunday.

Trump addressed such foreign policy concerns in a rally in Biloxi, Mississippi on Saturday night, telling his audience: “ Hillary Clinton created Isis with Obama .” He did not address the al-Shabaab recruitment video. At the last Democratic debate, in December, Clinton claimed Islamic militants were using footage of Trump in such fashion. At the time, no such videos could be found.

“She caused a lot of the problems that we have right now,” Trump said on CBS. “I mean, the entire world has been upset. The entire world, it’s a different place.

“… If we would have never done anything in the Middle East, we would have a much safer world right now. Getting rid of Saddam Hussein, I’m not saying he was a good person. He was a bad person. But what we have now is far worse, OK?

Trump also told CBS he would continue “giving rallies” after he became president, though “I would certainly probably not talk as much”.

To boost his attempt to become president, he said he would spend “$2m on ads per week at least” in Iowa, which kicks off the election with its caucuses in 1 February.