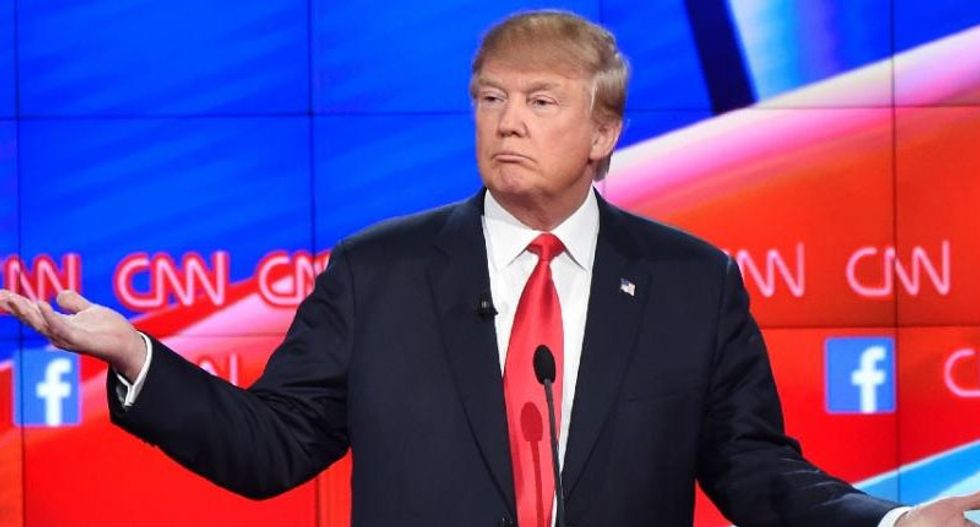 Donald Trump has eclipsed the coverage in the US media of every major global story, according to a study by a fellow of the Washington-based think-tank, the Cato Institute.

“In December,” writes Cato fellow Trevor Thrall , “Trump appeared in twice as many stories as both Ted Cruz, his closest competitor in both the polls and coverage, and President Obama.

“Simply put, Trump is incredibly newsworthy given the way in which American news outlets define news and given the news Americans appear to want.”

And further proof of this phenomenon comes with Time magazine’s latest issue, featuring a cover story headlined “How Trump won.”

In her letter to readers, Time’s editor, Nancy Gibbs, writes that Trump “has defied every convention and conviction about how politics works and has surfed atop the polls for five months.”

The magazine’s editor-at-large, David Von Drehle, argues that in the coming Iowa caucuses and the New Hampshire primary, where Trump and Cruz are likely to emerge as front-runners, the Republican party must choose between “a bombshell and a kamikaze.”

But Trump is favourite among several of the interviewees quoted in the article. Greg Casady, a 61-year-old Army veteran from Iowa, says: “It’s time for us to do a totally insane thing... because nothing else is working.”

And Teresa Raus, also from Iowa, says: “I feel real confident that he can make America better. I believe him… I’m sick of politicians.”

Trump, described by Von Drehle as a “pot-stirring plutocrat”, has managed to convince Americans that he is an apolitical outsider. The writer concludes that he “may well steamroll through winter into spring with the lion’s share of the delegates” and the party’s officials “won’t stop Trump because they can’t stop Trump.”

And the media has, even if unconsciously, played a large part in his forward motion. For Thrall, writing on Huffington Post , Trump has shown an “uncanny ability to set the news agenda.”

Why? Because of his “tendency to make outrageous statements, tapping into anger and frustration in the electorate.” Sure, but also because TV and newspapers lap up outrage, seeing it as newsworthy.

In so doing, argues Thrall, Trump has already changed the debate about foreign and domestic policy. His statements about Isis, for example, have fostered “an increasingly hawkish tone” among his Republican rivals.

It has also encouraged Hillary Clinton “to take a more aggressive stance... The end result is that public approval for military intervention against Isis is at an all-time high.”

Similarly, “Trump’s rhetoric has shifted the debate about borders and refugees in a decidedly nativist direction.” First, it involved the US-Mexican border. Then, and especially after the Paris attacks, it moved on to the Syrian refugee crisis.

The effect? “It will be surprising if the United States manages to take in even the 10,000 refugees President Obama originally promised and it seems extremely unlikely that the next president will suggest taking in any additional refugees.”

Thrall’s conclusion should be taken to heart:

“In a Trump-dominated news environment the world loses its complexity and we lose the ability to ground foreign policy in a realistic and sophisticated debate about how to meet the challenges we face.

Though election watchers remain doubtful that Trump will wind up the Republican nominee, 2016 begins with Trump in first place both in the national polls and in news coverage. And whether Trump wins a single caucus or primary, the echoes of his campaign will be felt for a long time to come.”

Did the Daily Telegraph really think Trump’s threat to withdraw nearly £700m million of investment in Britain was worthy of a giant front page headline on Thursday?

But that was relatively unusual. Most of the articles about Trump have treated him as a form of entertainment, implying that no-one could possibly take the man seriously.

Underlying this viewpoint is a widely-held belief among all sections of the British populace that the average American lacks the sophistication of the average Briton.

In this sense, I guess there was a grain of truth in Rupert Murdoch’s 21 December tweet, in which he berated “London elites, media, etc” for “sneering at Trump.” He added: “No understanding of mid-America conditions or politics.”

Then again, and this surely is the point, it is difficult for editors, whether in the United States or Britain, to know quite how to handle Trump. As much as they might wish to ignore him, that has been impossible (not least because it ignores his popularity and woulds reek of censorship).

Giving him due measure, however, even when deriding him, plays into his hands by giving him the oxygen of publicity on which his populism feeds.