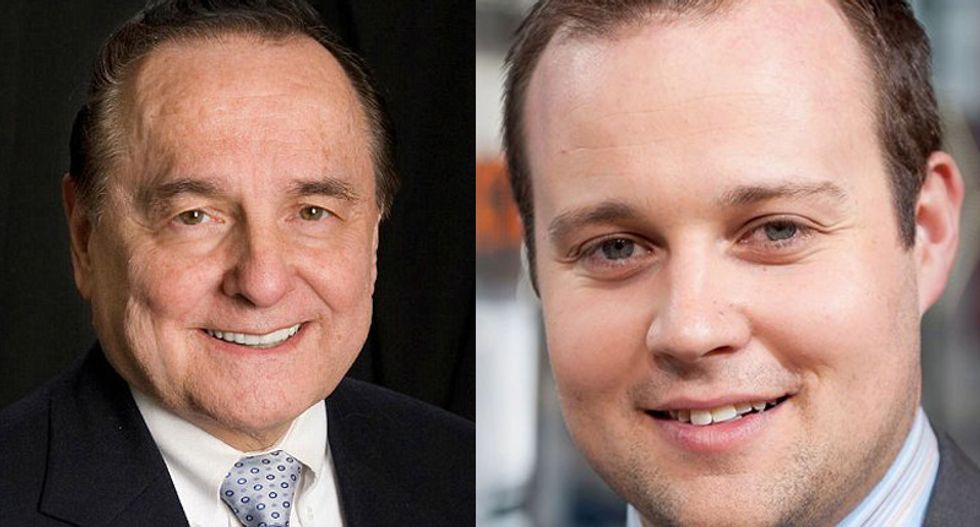 A longtime evangelical mentor of the Duggar family responded to ten women who have accused him of sexual abuse by admitting that he had taken "ungodly and sinful" actions, but denied that he had committed any sexual crimes.

“Oh no. Never never. Oh! That’s horrible,” Gothard told The Washington Post at the time. “Never in my life have I touched a girl sexually. I’m shocked to even hear that.”

In a document titled "A Further Confession And Request," which was obtained published by Radar Online this week, Gothard said that God had recently "revealed" to him "the gravity of my words and actions."

The faith leader observed that he had wrongly selected "certain types of young people, especially young women, to serve at Headquarters, often as my personal assistants."

"I was very wrong in holding hands, giving hugs, and touching their hair or feet," Gothard wrote. "All of this can only be described as ungodly and sinful."

Although Gothard refused to admit the sexual nature of the abuse, he asked that the victims and their families grant him "the opportunity to confess my sins against you and ask you to forgive me."

Gothard's Institute in Basic Life Principles had been a favorite provider of homeschooling support for the Duggars and other Christian families. And the institute had assisted the Duggars after their son, Josh, admitted sexually abusing multiple girls, including his sisters.

Gothard was forced to step down from the Institute in Basic Life Principles last year after 30 women came forward with allegations of harassment.