Entrenched Oregon militant: 'Rioters in Ferguson' are treated better than us and it's 'unfair' 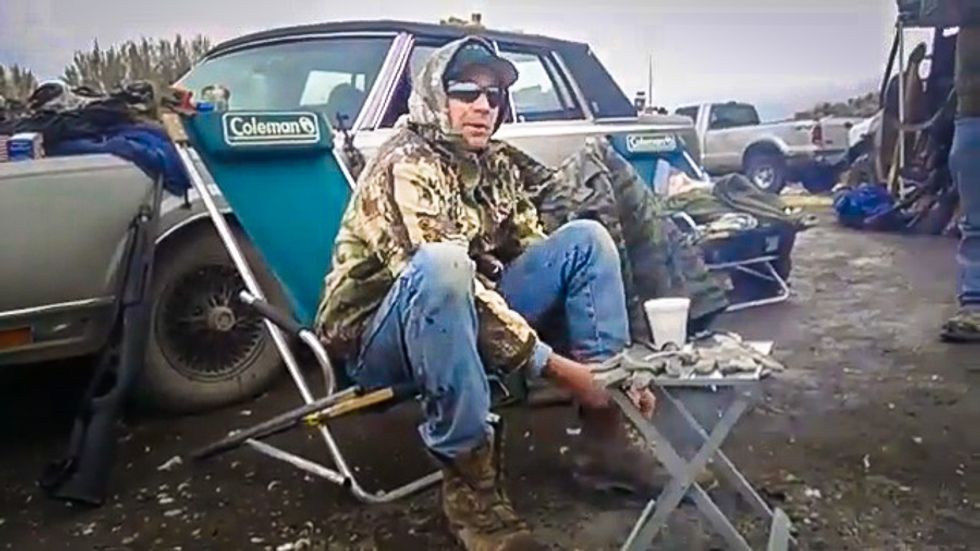 One of the four remaining armed militants occupying the Malheur National Wildlife Refuge complained on Thursday that law enforcement was being "unfair" because protesters in Ferguson, Missouri have been given better treatment.

After three weeks of occupying the refuge, one of the occupiers opined on the DefendYourBase live YouTube stream that militants had brought guns with them for personal protection, and that it was law enforcement who escalated the situation by killing Robert “LaVoy” Finicum at a traffic stop earlier this week.

According to the man, the remaining militants had been told that they could leave the refuge without being charged. But authorities said that one man, named Sean, would be arrested because he was wanted on a federal warrant.

"It feels unfair because a lot of those rioters in Ferguson, they went to the riots with intentions of robbing and burning down cities and everybody here came with intentions of thinking it's a peaceful revolution," the militant insisted, adding that "everybody brought guns I guess as self defense measures."