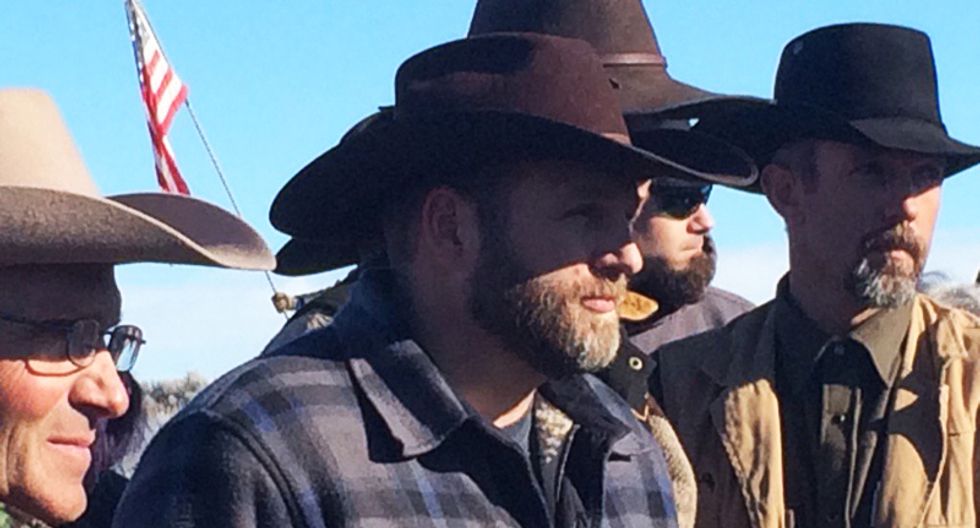 The FBI has opened talks with Ammon Bundy, the leader of a group of militants who have broken into and taken over the headquarters of a federal wildlife refuge in Oregon, according to the Oregonian.

According to reporter Les Zaitz, the FBI started talking to the group's leaders two days ago. Brief video taken by Oregon Public Broadcasting reporter John Sepulvedo seems to show Bundy telling an FBI negotiator that community sentiment has shifted in the favor of the militants.

Events at a community meeting Tuesday belie that claim.

Locals crowded into Burns High School and for the most part condemned the Bundy-led occupation of the Malheur National Wildlife Refuge, which started on January 2. Emotional residents said the situation is creating tension and division in the community.

“Mr. Bundy, I agree with you 100 percent, we have way too much government,” Ed Brown told the group. “But the same hand, get the hell out of my yard. Look what you did to this county.”

On Wednesday, Oregon Gov. Kate Brown called the ongoing occupation a "spectacle of lawlessness" and said it's costing taxpayers $100,000 a day.

“This situation is absolutely intolerable and it must be resolved immediately,” Brown said, in a press conference where she also laid out policy proposals. “The very fabric of this community is being ripped apart.”

It does not appear a resolution is near, however. Local KOIN reported Wednesday that so-called militia members were coming to the occupation from other parts of the country and they believe they're on a mission from God.

“God wants us here, there’s a sense that’s beckoning and it comes from heaven,” militiaman Kelly Gneiting said. “We’re doing what’s right, we’re doing what the founding fathers would do because we’re inspired by God, also.”

Watch brief video of Bundy talking to the FBI, as posted to Twitter, here: