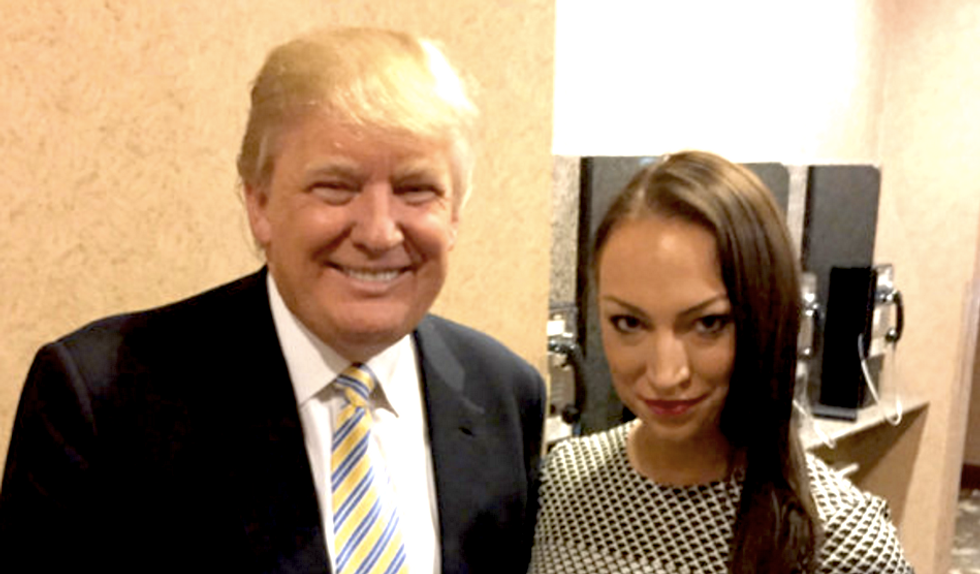 A former staffer from Donald Trump's 2016 campaign for president alleges that the campaign pays women staffers less than men as a matter of course and that sexism is rampant among the former reality TV star's campaign staff.

According to the New York Times, former staffer Elizabeth Mae Davidson, 26, filed a complaint with the Davenport, Iowa Civil Rights Commission alleging that men working for the campaign were paid more than women doing the same jobs and that male campaign staffers were allowed to plan and speak at rallies while women were expected to keep quiet and follow orders.

Furthermore, Davidson said, when Trump was confronted with herself and another female campaign volunteer at a rally last summer, the billionaire mogul said, "You guys could do a lot of damage," in apparent reference to their looks.

When the Times asked Trump if he'd made the apparently sexist remark, he replied, "That is not the worst thing that could be said. But I never said it. It’s not in my vocabulary.”

Davidson filed the complaint on Tuesday in Davenport, Iowa's third largest city. Until she was fired, she worked as the campaign's field organizer.

“My people tell me she did a terrible job," he told the Times.

The billionaire real-estate mogul then lashed out at the Times for running the story a day ahead of Monday's Iowa caucuses, saying the newspaper's reporting "could damage my chances.”

Davidson alleges that she was fired for making disparaging remarks about high-ranking campaign staff and breaking the nondisclosure agreement she signed as a condition of her employment with Trump 2016.

Her termination came a day after the Jan. 14 publication of a New York Times article that accused the Trump campaign of being “amateurish and halting, committing basic organizing errors.”

Davidson explained in an interview that she made $2,000 per month as a part-time worker for the campaign. Men with similar positions and levels of authority were paid $3,500 to $4,000 per month, she said.

“As a result of this discrimination I have suffered lost wages, mental anguish and damage to my career," Davidson said in her complaint.

Her lawyer, Dorothy A. O’Brien, told the Times that the complaint would trigger an automatic investigation by the Davenport civil rights agency. After 60 days, Davidson has the option of allowing the agency to continue its investigation or filing suit in state court.

When asked if she would be attending Monday's caucuses for Trump, Davidson said, "Some of the bad things about him I dismissed, because I was working for the candidate. Now, I’m more critical, especially how he treats women.”