FL anti-abortion hearing turns racist: 'White culture' dies if women are 'outside the home not having babies' 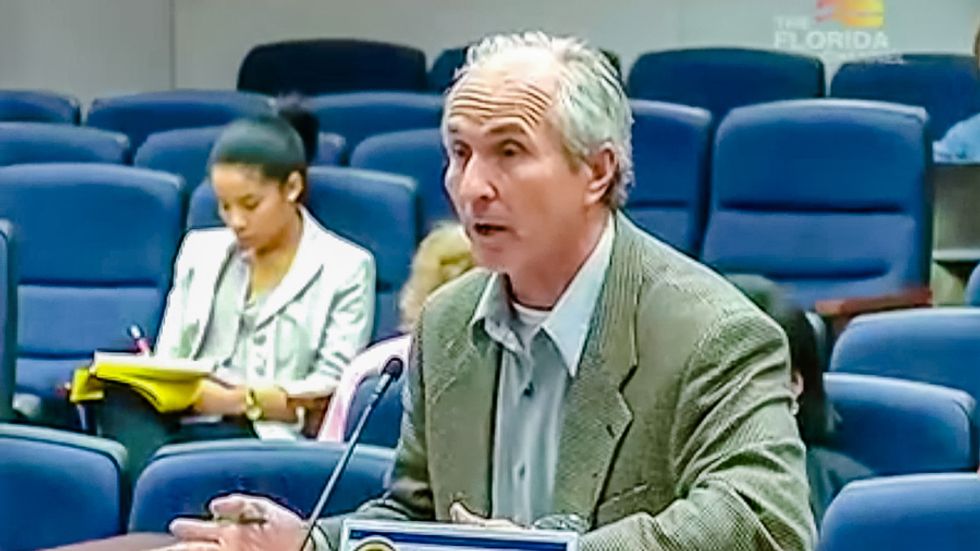 A Florida state House subcommittee heard testimony on Monday that the "white culture" would be destroyed if white women were "outside the home not having babies" while other ethnicities had a higher birthrate.

During a House Criminal Justice Subcommittee meeting on Monday, lawmakers discussed HB 865, a bill that would ban all abortions except in cases where the health of the mother was at risk.

Republican Rep. Charles Van Zant, who sponsored the bill, argued that life began at conception, and that even zygotes were "citizens of Florida."

While testifying about the bill, an anti-abortion activist named Paul injected race into the discussion.

"We see the destruction we're bringing upon ourself as a nation," Paul opined. "The Muslims, they don't kill the babies."

Paul noted that "white people" did not "live on an Island," and that "the Mexicans" would propagate faster because they did not practice abortions.

"Their race is through the breeding of having families, children," he explained. "And what happens is once you see the condition we're in, we're destroying ourselves and destroying our families, we've accepted something in this country that the Creator -- that we're going to pay for."

"You don't see us as a culture, as a white culture, pushing this agenda of abortion, women outside the home not having babies, everybody getting more and more and more?" Paul asked the lawmakers. "We're a sick nation and if we don't repent then the people leading our government, you are legislating morality by the laws you pass."

"You are legislating religion and morality by the laws that we pass as a people, and it's destroying us as a nation."

In conclusion, Paul thanked the lawmakers and added: "It's either repent or perish America. That's the way it is."

The subcommittee passed the bill by a vote of 8-3. If the bill becomes law, anyone performing abortions or operating an abortion clinic could be punished with up to 30 years in prison.