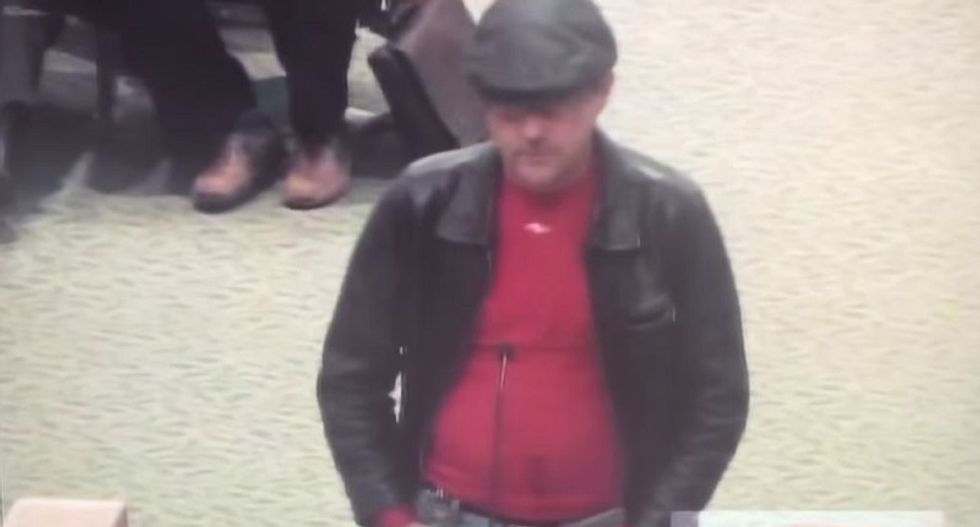 A Jacksonville City Council meeting debate over expanding legal protections to the city's LGBT residents took a bizarre turn when a man stood up in front of the audience and said he was a child molester, then blamed the gay community for his actions, News4Jax reports.

Roy Bay, 56, spoke during the public comments section of Tuesday's council meeting discussing the city's Human Rights Ordinance. News4Jax reports Bay's comments were made in front of hundreds of people and as a result, the Jacksonville Sheriff's Office is investigating.

“I lived most of my life sexually assaulting kids and never went to jail. Because why? Kids believed me that hey this is, you’re alright son. This is not a problem. Okay? This happens in homosexual lifestyle,” Bay told the crowd.

An attorney indicated to News4Jax that if proven true, Bay could be charged with a crime because there is no statute of limitation for prosecuting sexual abuse of children under the age of 12. But at the moment, there is no evidence of Bay's claims. The news outlet reviewed his criminal records and found nothing indicating he had been arrested for molesting children.

Bay has been arrested twice for driving without a license and once for civil contempt by Jacksonville authorities.

ActionNewsJax followed Bay out of the council chambers to follow up on his claims. He told the station he committed the crimes in St. Louis, Missouri, for 20 years because "I thought it was acceptable."

Bay said when he was aged "10 through 12," he was molested in a restroom by "the homosexual community."

"I entered into a life of homosexuality and did the same thing, because that's what I thought life was all about," Bay said into the mic. "Going into bathrooms in places and businesses and sexually assaulting kids."

He then said that "in 1985 I found out that was not acceptable." At that time, he said, "I became a born-again child of God and God set me free from that lifestyle."

At that point, some members of the audience applauded and said, "amen."

Bay then said if the civil rights ordinance passes, "it will become more acceptable than what it is now."