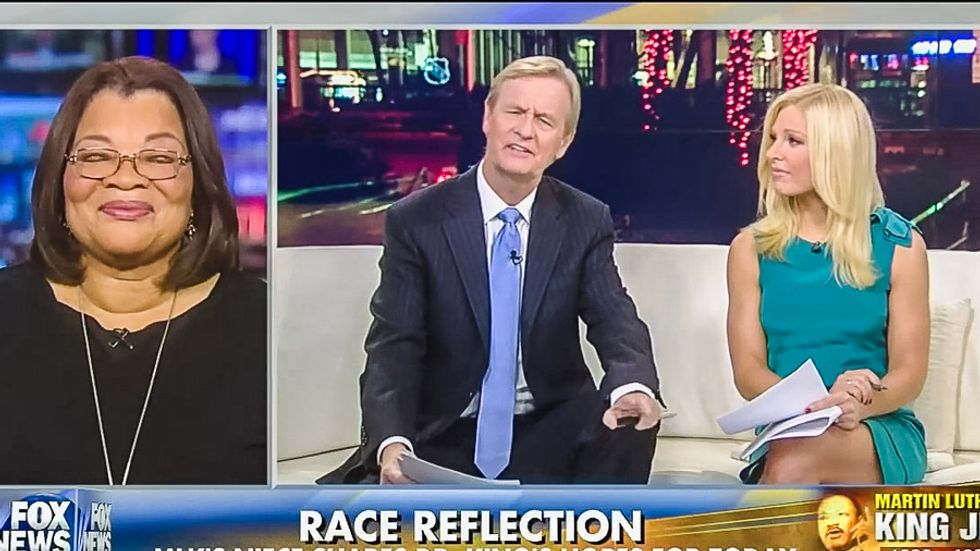 The hosts of Fox & Friends marked the Martin Luther King, Jr. Day holiday on Monday by focusing on how the civil rights icon would feel about a so-called "war on police."

Both of two segments on Monday's edition of Fox & Friends that mentioned MLK Day asserted that three recent shootings of police officers were part of a "war on police."

"Today is, of course a big holiday all across the country," Fox News host Steve Doocy told MLK's niece, Aveda King. "You look at Black Lives Matter, you look at the war on police and even the political tone in the nation. What would your uncle think about what's going on in his America today?"

Aveda King, who is often featured on Fox News for her conservative views, suggested that some people were "stirring up that fear and that anger."

"A day of violence against police officers," Doocy announced.

"All this as we are supposed to be remembering the peaceful message of Dr. Martin Luther King, Jr.," co-host Anna Kooiman lamented.