GOP strategist rips Ann Coulter: You're not really a conservative because you're backing Trump 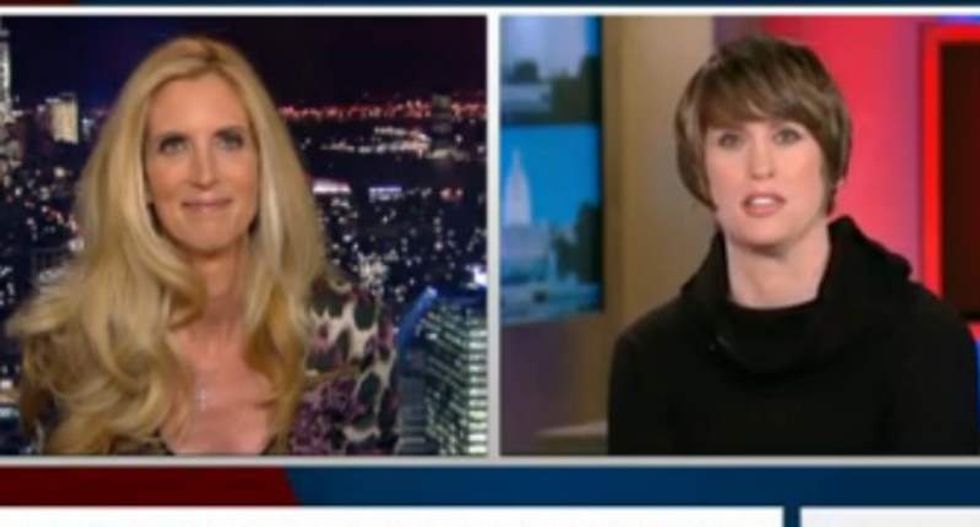 Ann Coulter found her bonafides as a conservative being questioned on Monday as she clashed with a Republican strategist during an MSNBC interview.

"That is the proof right there that you are in no way conservative and no way interested in conservative policy," Mair shot back.

The debate began when Mair accused Trump of "defacing" the party, saying that his fiscal and economic policies are comparable to Hillary Clinton's -- and in some cases more liberal.

"It's all about immigration," Coulter said in response. "It doesn't really matter what a Republican's position is on saving Social Security or how they're going to reform Medicare. Americans are being outvoted by foreigners, and Americans have been begging their own party to shut it down, to stop this endless immigration for decades now."

When Republican lawmakers and the media tried to push "amnesty," she argued, "the American people" stopped them by voicing their disapproval.

"Donald Trump is the first one to actually take America's side on immigration," Coulter said. "That's why he is sweeping the polls."

"I think that that's a patently ludicrous notion," Mair replied. "Most of the time, when we've been looking at 'amnesty fights,' they've actually been shut down by a set of groups that are funded by population-control enthusiast liberal who is actually involved with zero-population growth and the Sierra Club. That's who's actually shut it down. It's not actually in any way advancing the economic interests of the American people. Free-market economists actually agree with that."

By contrast, Mair continued, the only people who side with Trump are "hardened liberals" who hew closer to 19th-century unions.