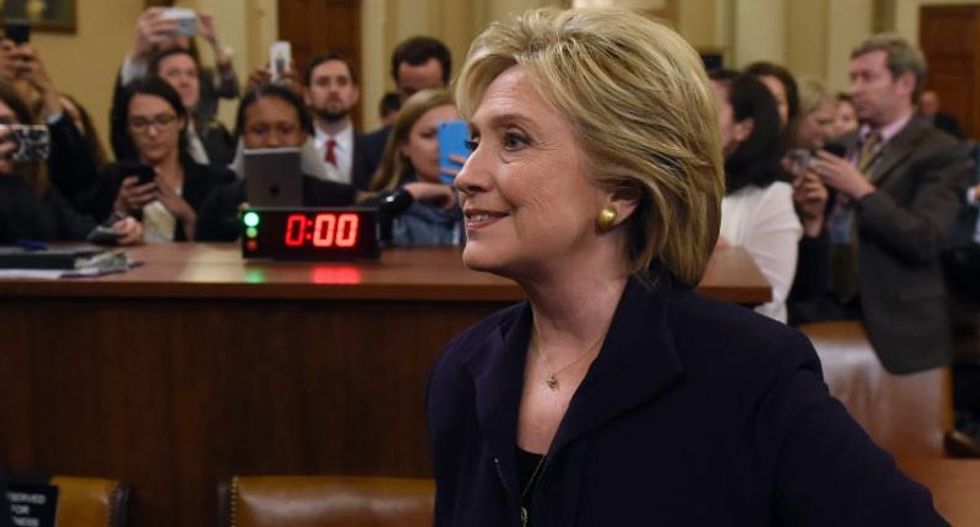 Hillary Clinton addressed a Martin Luther King Day rally at the South Carolina state house in Columbia this morning in an attempt to shore up her support among African American voters in the south as a firewall against the surging tide of Democratic rival Bernie Sanders.

With polls tightening in Iowa and Sanders continuing to show a lead in New Hampshire where he has a home advantage, South Carolina, the first state in the south to hold a primary, is increasingly seen within the Clinton camp as an essential buttress against the senator for Vermont’s insurgency. Clinton advisers are mindful that Barack Obama defeated her in South Carolina in 2008 in no small measure due to the backing of black voters who made up 55% of the Democratic primary turnout.

Clinton is determined not to lose the state a second time and has focused her attentions during a three-day tour of South Carolina that ends today on a relentless charm-offensive targeted at the black electorate. First at a dinner on Saturday night hosted by the South Carolina congressman James Clyburn; then at events attended by her new surrogate, the first black US attorney general Eric Holder; and then at Sunday night’s televised debate in Charleston , she has been emphasizing her credentials as a president in the making who would carry on the mantle of Dr King and the civil rights movement.

In her speech in Columbia on Monday, Clinton overtly linked the legacy of King to today’s Black Lives Matter movement. She said that the spirit of King’s civil rights struggle “lives on, in the activists affiliated with Black Lives Matter, and Say Her Name, and everyone who stands up and says at a time when far too many black people are dying after encounters with police.”

During Sunday night’s feisty debate, she invoked the memory of Walter Scott , the unarmed black man who was shot in the back by a police officer last April in North Charleston. “It has been heartbreaking and incredibly outraging to see the constant stories of young men like Walter Scott who have been killed by police officers – there needs to be a sustained effort to address the systemic racism in our criminal justice system,” she said.

She also lamented the fact that one out of three African American men are likely to end up going to prison during their lives. “That’s the statistic. I want to hear what we would be doing if it was one out of three white men,” she said.

Related: What we learned from the fourth Democratic presidential debate

Monday’s appearance at the MLK Day celebrations marking the great civil rights leader’s birthday is paradoxical for Hillary Clinton. It was her comments in 2008 relating specifically to King that did so much to damage her standing among black voters then, with dire consequences in South Carolina and at other key primaries.

On 7 January 2008, in an attempt to portray Obama as an eloquent speaker who nonetheless lacked the experience to be a great leader, she implied that it was president Lyndon Johnson, rather than King, who got the civil rights job done. “I would point to the fact that that Dr King’s dream began to be realized when President Johnson passed the Civil Rights Act of 1964 … That dream became a reality; the power of that dream became real in people’s lives because we had a president who said we are going to do it and actually got it accomplished.”

The implication that it took a white president to make concrete the hopes of a black dreamer like MLK circulated rapidly among black communities and shook the previous goodwill that had been extended by them to both former president Bill Clinton and Hillary. It gave Obama the edge that needed to win in the south.

This MLK Day celebration at the South Carolina state house bore special significance as it was the first since the Confederate flag was taken down in the wake of the shooting of nine black members of Charleston’s historic Mother Emanuel church.

Clinton raised the flag issue in her speech at the state Capitol on Monday. “So now, the flag is down. But we’re still here because that flag was just one piece of something bigger. Dr King died with his work unfinished, and it is up to us to see it through.”

Clinton has also been using the 17 June massacre as a stick with which to beat Sanders, with a particular eye on black voters.

She has repeatedly invoked the so-called “Charleston loophole” whereby the alleged shooter Dylann Roof was able to buy a gun despite not having completed a background check. The former US secretary of state has pointed to Sanders’ vote in favor of the NRA-backed law that introduced the loophole, that allows sales of firearms to go ahead where the FBI has failed to finish a check within 72 hours.

Sanders has consistently struggled to make inroads with black voters, who have remained lukewarm about a senator from an overwhelmingly white state like Vermont. Last summer he faced a string of disruptions from activists from the Black Lives Matter movement critical of his lack of overt comment on racism and police violence.

Sanders has worked hard in recent months to try to overcome this suspicion. At Sunday’s debate he talked about “a criminal justice system which is broken. We have more people in jail than any other country including China, and they are disproportionately African American and Latino.”

Sanders and former Maryland governor Martin O’Malley, who is also running for the Democratic nomination, also appeared at the South Carolina statehouse on Monday. The event showed the influence of Obama as hundreds of faithful chanted the president’s campaign mantra: “Fired up, ready to go!”