Hundreds of types of spiders, lice and more crawling through US homes: study 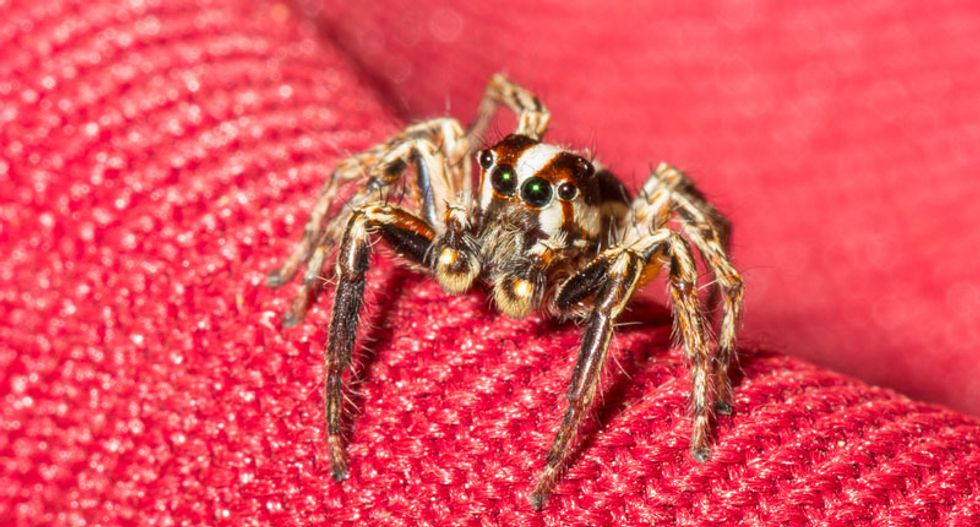 If you’re ever feeling lonely at home, you can now rest assured that you are far from alone. The average home is crawling with more than 100 species of invertebrates, such as spiders, lice and centipedes, according to research conducted by US scientists.

In what’s thought to be the first study to quantify exactly what is scurrying or flying around the standard American home, researchers scoured 50 houses and found they were inhabited by 579 different types of arthropods, as well as humans. Arthropods are invertebrate animals with segmented bodies and jointed limbs, such as insects and spiders.

The homes, on average, each had around 100 arthropod species. The most commonly found species were flies, spiders, beetles, ants and book lice. Cobweb-producing spiders were found in 65% of the homes.

Matthew Bertone, an entomologist at North Carolina State University, said he was amazed at the variety of species found in what he stressed were “clean and normal” homes in Raleigh, North Carolina.

I saw a lot of things in homes that I had never seen in the wild before, things we’ve previously tried to trap.

“We were pretty surprised with what we found, such as the smallest wasp in the world, which is just 1mm long,” he said. “I saw a lot of things in homes that I had never seen in the wild before, things we’ve previously tried to trap. There is a weird species of beetle, called telephone pole beetles, where the babies can produce babies. And tiny crickets called ant-loving ants because they are found near ant nests. I’ve never seen one of those before.”

A team of entomologists found the species just by looking from floor to ceiling in each room, without prying open drawers or ripping up carpets. In one home, the presence of several flesh flies led to the discovery of a rotting rodent carcass killed by a pet cat.

The houses picked for the research were detached homes measuring up to 5,000 square feet in size. Apartments were ruled out for the research due to the shared bugs within apartment buildings.

Many of the small animals found in homes come in from outside and promptly die, while others live the life of predators.

“There are lots of cobweb spiders and also the house centipede, which is a really creepy looking creature to some people but I find them fascinating,” said Bertone. “They are very fast and if you’re a cockroach, you’re likely to be on their menu. Most of these things aren’t pests, they peacefully co-habit with people.

“I never thought I’d see such biology in homes that were clean, not filled with junk, just normal homes. My hope is that this doesn’t freak people out but people need to know their houses aren’t sterile environments.”

The research, led by Bertone with the aid of the California Academy of Sciences and the North Carolina Museum of Natural Sciences, was published in the journal PeerJ . The entomologists hope to build upon the research by learning more about the role that each species plays in the home and the significance of living so closely to them.