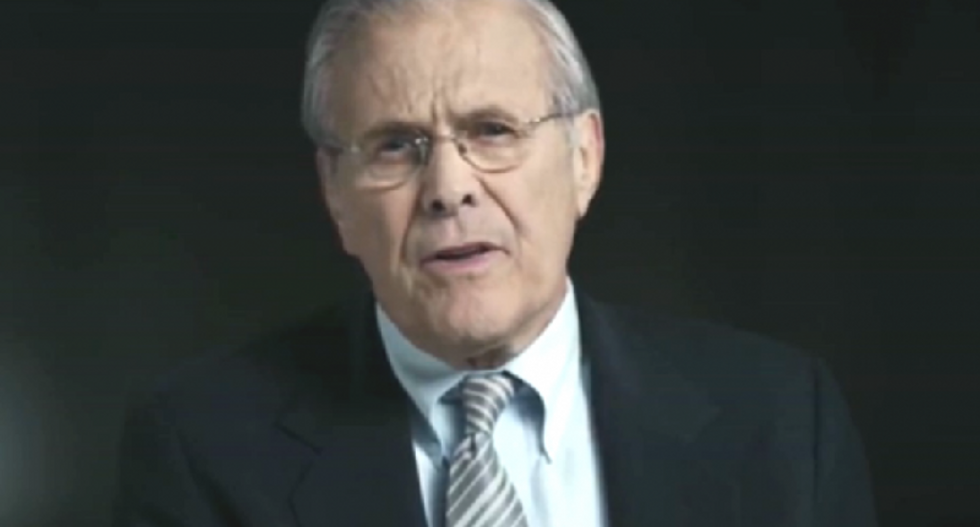 Donald Rumsfeld, the two-time US secretary of defence who presided over the invasions of Iraq and Afghanistan, has released a video game.

The game, initially released as an iOS app , is based on a version of solitaire favoured by Winston Churchill. The variant uses two decks of cards rather than one, 10 rows of cards instead of seven, and an extra pile of six cards called “the Devil’s Six” for the player to work into their strategy.

Rumsfeld himself had become a fan of the physical version of the solitaire variant after he first played it in the 1970s. It was taught to him by Belgian statesman André de Staercke, who had in turn, Rumsfeld claims, been taught it by Churchill himself.

He says that the game is “probably the most challenging and strategic game of logic or puzzle” he has ever played, and that he was concerned that it would be “lost to the ages” if it wasn’t spread to more people.

And so he accepted an offer to turn the game into an app – although, he adds, “I can’t say I had much of an idea of what an app even was. I had played the regular version of solitaire on my iPad, but turning Churchill solitaire into an app of its own wasn’t something I’d ever envisioned.

“It wasn’t something I was sure the Churchill family would even want us to contemplate,” he said. But permission was granted from Churchill’s grandson, Randolph, and development began.

Rumsfeld presents himself as in over his head when it came to actually creating the game, which was made in partnership with WSC Solitaire. “I’ve reviewed wire frames and branding guides. I’ve spent countless hours on beta releases. I’ve signed off on something they call ‘UX’.”

The former secretary of defence concludes that “it is safe to say that Mark Zuckerberg has nothing to worry about.”