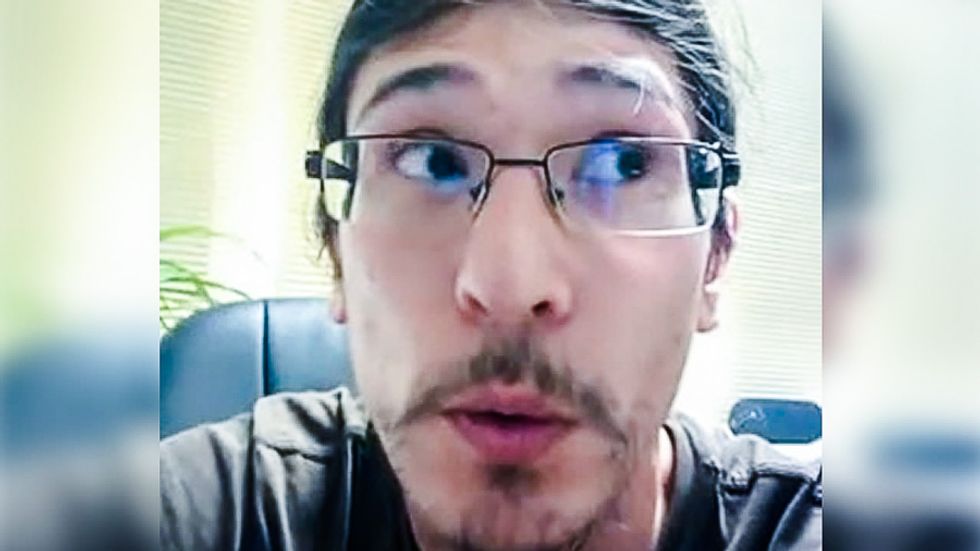 A militant who recently joined Ammon Bundy's armed occupation of the Malheur National Wildlife Refuge as the resident computer expert says he was only joking about his admiration for Adolf Hitler and support for ISIS.

David Fry told Oregon Public Broadcasting that he drove from Ohio to join the occupation because he knew that the other militants "were pretty good people."

“It was (a) miracle, that I got here,” Fry said. “I’ve had quarrels with the government myself, and I feel there has to be some point where people have to put their foot down against the problems.”

Earlier this week, Fry recorded a video from one of the government buildings that militants are using as a computer and media center. He explained that he had created a website for the occupation.

Fry confirmed to Oregon Public Broadcasting that he had used government computers to create the website.

“I am using any computer I can use,” he said. “Their data is perfectly preserved … you can’t access any of that, it’s got encryption on it.”

During an examination of Fry's social media accounts, Oregon Public Broadcasting found that he had posted in support of the Islamic State and frequently praised Adolf Hitler. The publication described him as an "Islamic State sympathizer and Adolph Hitler acolyte."

"ALL I WANT FOR CHRISTMAS IS FOR ISIS TO NUKE ISRAELHELL!" Fry wrote in November.

But he told Raw Story he was being sarcastic. "Those are jokes taken way out of context," Fry insisted. "They are taking it all out of context to label us all terrorists!"

He said he joked about nuking Israel because Facebook supports Israel but "refuses to take down racist hate speech and terroristic threats."

"I was attacking Facebook for refusing to take down anti-Muslim hate speech," he remarked.

According to Oregon Public Broadcasting, Fry defended his posts about ISIS with a rant about "government conspiracies, plots against multiple countries, Sept. 11, court records, computer viruses on Japanese computers, Fukushima and a Jewish conspiracy against the free world that involves causing nuclear meltdowns."

"One week before Fukushima happened, an Israeli security team installing security equipment was there at Fukushima," he declared.

(Editor's note: This article was updated after comment from David Fry.)

A Florida doctor who was recently arrested for raping two patients while they were knocked out on sedatives was found dead in a ditch this Monday, The Daily Beast reports.