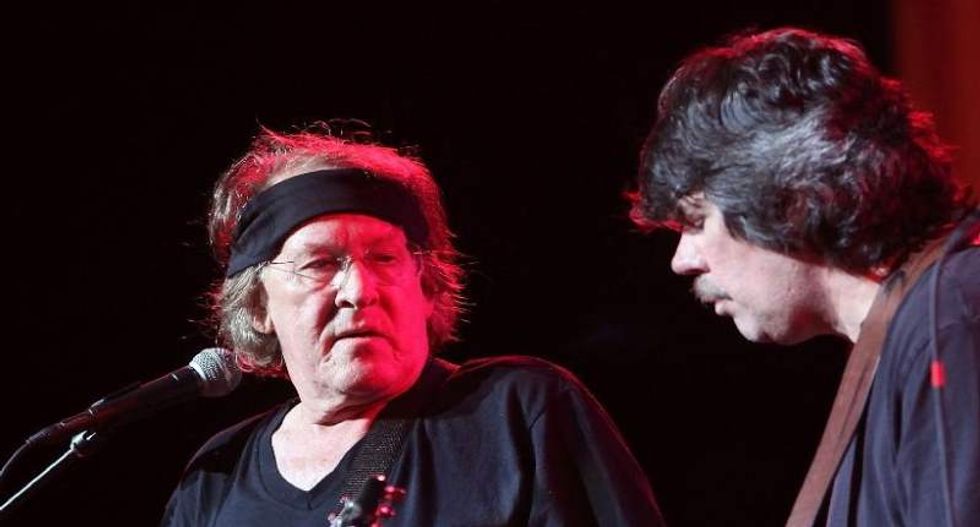 Paul Kantner (L) who was famous for his advocacy and use of drugs, died of multiple organ failure following a heart attack. (Agence France-Presse/Mario Tama)

Paul Kantner, the co-founder of Jefferson Airplane that helped define the psychedelic rock era of the 1960s, has died at age 74, media in his native San Francisco said.

With hits such as "Somebody to Love" and "White Rabbit," Jefferson Airplane wrote the anthems for the hippie movement and the memorable "Summer of Love" in which young people took over San Francisco in 1967.

The counterculture icons were chosen to headline the Woodstock festival in 1969 -- although the band's set scheduled for Saturday evening wound up taking place at 8 am on Sunday.

Kantner, a guitarist, had emerged from the folk scene but became instrumental in transforming the genre into the more urgent-feeling San Francisco Sound.

Kantner, who was famous for his advocacy and use of drugs, died of multiple organ failure following a heart attack, the San Francisco Chronicle quoted his longtime publicist and friend Cynthia Bowman as saying.

Bowman could not be reached late Thursday but the Recording Academy, which is due to award Jefferson Airplane a lifetime achievement Grammy this year, issued a statement to mourn his death.

"The music community has lost a true icon," the Recording Academy said, calling Kantner "a rock/folk giant and integral part of the 1960s rock scene."

Kantner for a time was involved with Jefferson Airplane singer Grace Slick, with whom he had a daughter whose birth inspired the song "A Child Is Coming."