Mike Huckabee: Poor Americans will be better off if we treat them like we 'train dogs' 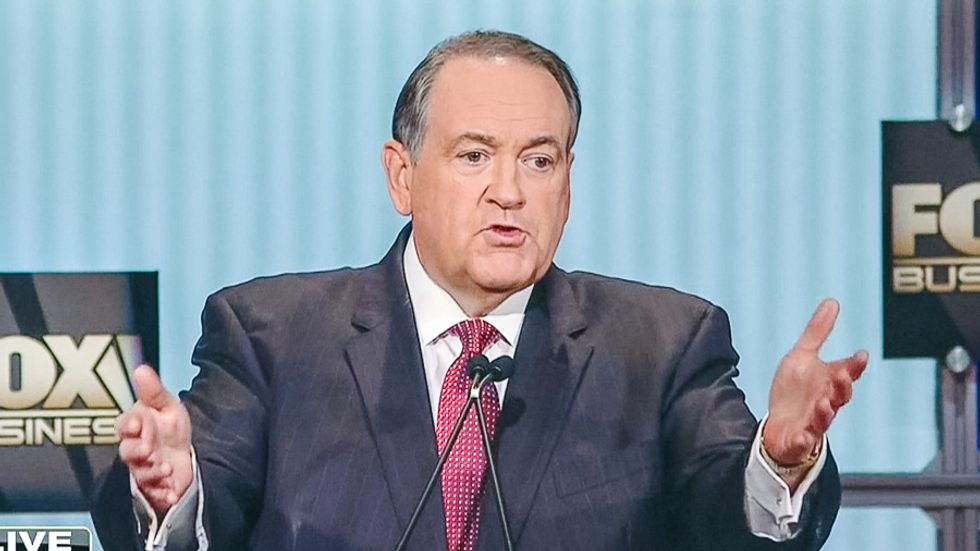 Republican presidential candidate Mike Huckabee argued on Thursday that the "common sense" way to improve the economy was to treat taxpayers with the same techniques used to "train dogs."

Speaking at the Republican presidential debate on the Fox Business channel, Huckabee argued that Americans were having trouble getting ahead because "the tax system punishes them."

"If you work really hard and you start moving up the economic ladder, you get bumped into a different tax bracket so the government thinks it deserves more of your hard work than you do," he explained. "It's time for something big."

According to the former Arkansas governor, Americans would be better off with a national flat sales tax of 10 percent, which he refers to as the "Fair Tax" plan.

"That's how I raise kids, it's how I trained our dogs. And folks, it's not that difficult."

"The problem is that very high-income households spend only a fraction of their income, while low- and middle-income people spend all or most of what they make," the Tax Policy Center observed. "A sales tax, by design, exempts a large share of income at the top. If it includes a prebate to protect people at the bottom and doesn’t add to the deficit, then it must raise taxes on people in the middle."