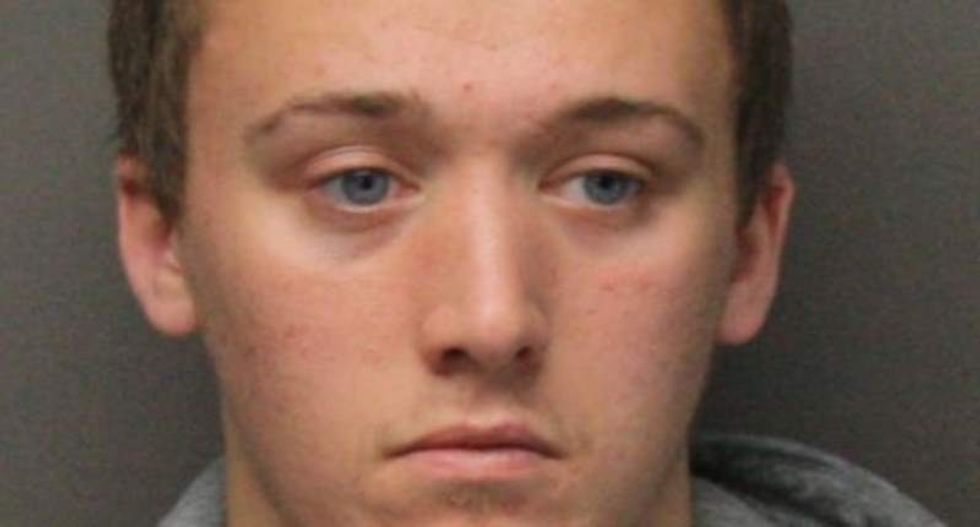 A white 19-year-old Missouri man on Monday pleaded guilty to making terrorist threats to shoot black people on the campus of a state university, his attorney said.

Conner Stottlemyre, one of three Missouri men arrested in November on charges of making threats on social media about shooting people on college campuses, pleaded guilty under a deal with the Nodaway County prosecuting attorney and will serve 30 days in jail and then be on probation for five years, said his attorney Robert Sundell.

Stottlemyre was arrested in November by campus police at Northwest Missouri State University in Maryville, where he is a student, for threatening violence on that campus. He was arrested days after the president of the University of Missouri resigned amid protests over his handling of reports of racial abuse on campus.

A sentencing hearing has been scheduled for Feb. 22 at which the judge will decide whether to accept the plea deal, Sundell said. In the interim, Stottlemyre, who appeared in Nodaway County Circuit Court in Maryville, Missouri, on Monday, remains free on $10,000 bond.

Nodaway County Prosecuting Attorney Robert Rice could not immediately be reached to comment.

No felony conviction will appear on Stottlemyre's record if he successfully completes the probation, said Sundell, who declined to make a statement for the teenager.

Stottlemyre, of Blue Springs, Missouri, was charged with one felony and one misdemeanor for allegedly making threats against black people using the social media messaging app Yik Yak.

According to a criminal complaint, Stottlemyre posted a threat saying: "I'm gonna shoot any black ppl tomorrow so be ready," and "I love evil, I can't wait for Northwest to make the news tomorrow."

Under the bond conditions, Stottlemyre has been ordered not to set foot on any campus of Northwest Missouri State or enter Nodaway County except for court appearances or to meet with his lawyer. Stottlemyre also must wear a GPS device that tracks his whereabouts.

(Reporting by Ben Klayman in Detroit; Editing by Andrew Hay)