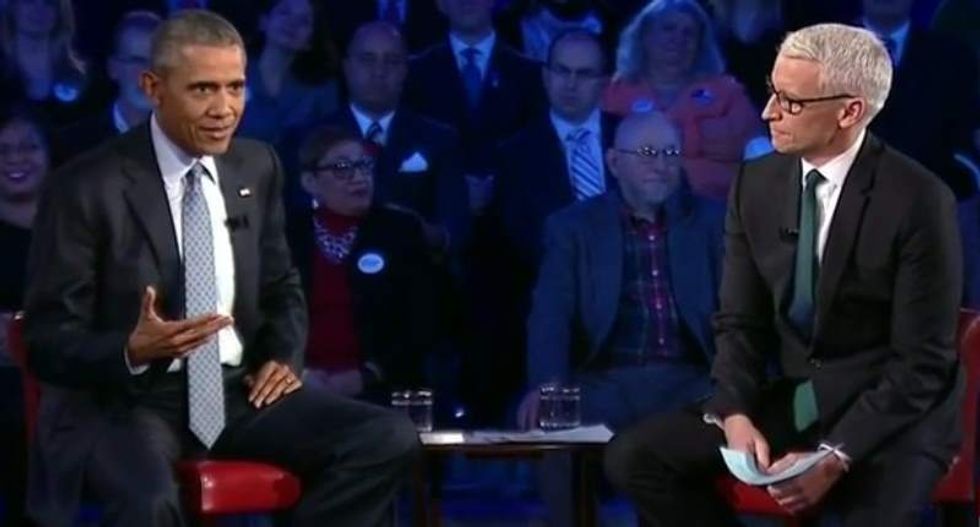 Even CNN's Anderson Cooper appeared to be a little surprised when he asked President Barack Obama whether it was really a conspiracy theory to suggest that he was out to force gun owners into giving up their firearms.

"A lot of people really believe this deeply. They just don't trust you," Cooper said.

"I'm sorry, Cooper. Yes, it is fair to call it a conspiracy," Obama replied. "What are you saying? Are you suggesting the notion that we are creating a plot to take everybody's guns away so that we can impose martial law is a conspiracy? Yes, that is a conspiracy. I would hope that you would agree with that. Is that controversial, except on some websites around the country?"

The discussion was touched off by a sarcastic question from former Rep. Gabrielle Giffords (D-AZ) and her husband Mark on how the government could confiscate the 350 million guns under ownership in the US. Mark Giffords said that both gun lobbyists and lawmakers have insisted to them that expanding background checks on gun purchases was the first step toward a totalitarian government.

"I'm only gonna be here for another year. When would I have started on this enterprise?" the president asked in response.

Watch the exchange, as aired on Thursday, below.