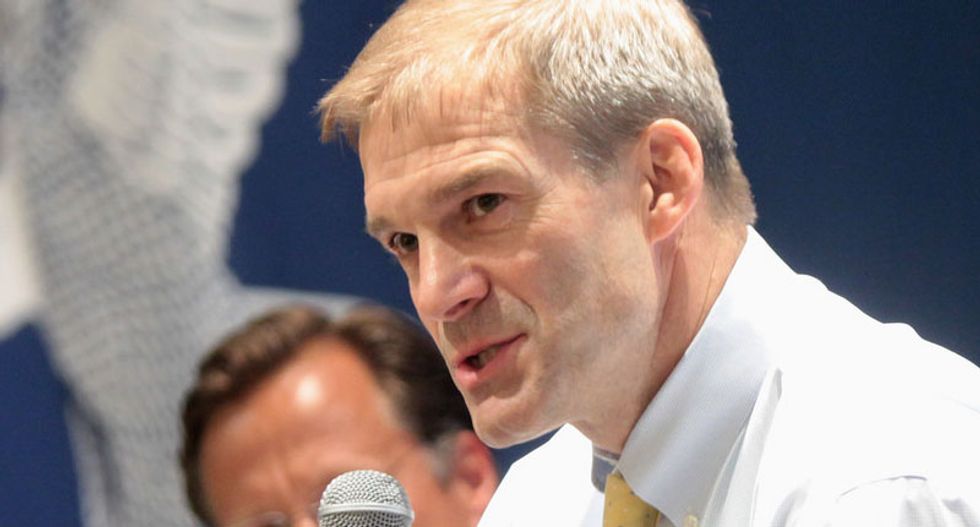 That anti-gay activist Kim Davis would be attending Tuesday's State of the Union address was news even to the lawmaker who made that possible, the Huffington Post reported.

Later, Jordan confirmed that Davis' ticket was provided through his office while talking to his spokesperson in the Capitol basement.

"So we gave a ticket to -- at the request of the Family Research Council -- we gave the ticket to Kim Davis' family," said Jordan, who chairs the House Freedom Caucus.

After saying he found out about the ticket situation on Tuesday, the Post reported, Jordan defended Davis' attendance.