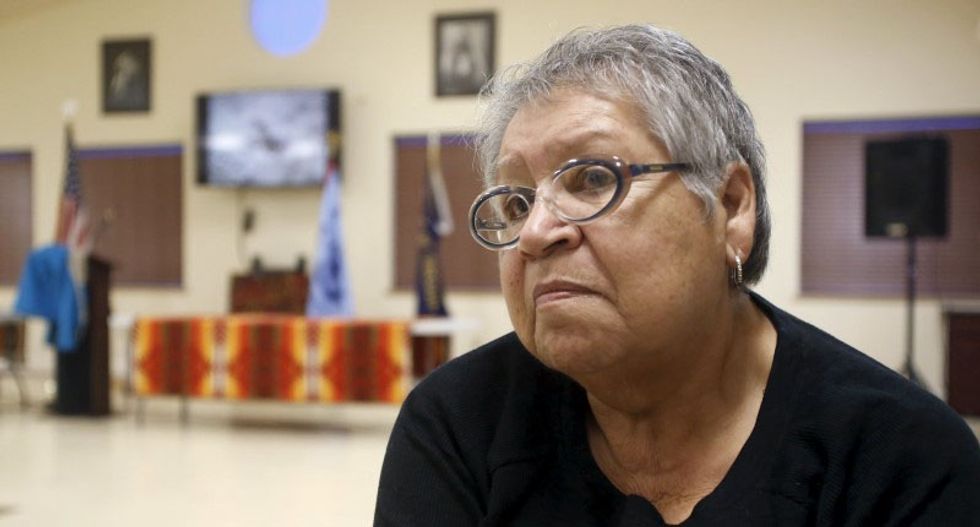 When armed men first took over a wildlife refuge in Oregon this weekend, the leader of the area’s Native American tribal council could relate to their land-right dispute but disagreed with their gun-toting approach.

“I just think they’re a bunch of glory hounds,” Charlotte Rodrique, the chairwoman of the federally recognized Burns Paiute Tribe, said in an interview on Tuesday at the tribal reservation’s meeting house. ‘Look at us, look at what we’re doing.’ I don’t give much credence to their cause.”

The Malheur National Wildlife Refuge and the small town of Burns have been thrust into the spotlight by the takeover, which began on Saturday and marked the latest protest over federal management of millions of acres (hectares) of land in the West.

The armed militia’s standoff with the U.S. government over ranchers’ land rights has bewildered the leaders of the tribe. Although the Paiute have their own disputes over land and water with U.S. government agencies, they prefer a less adversarial approach.

The reservation is not far from the wildlife reserve and the tribe has been living off the arid western Oregon mountains since long before Europeans arrived in North America.

“There was never an agreement that we were giving up this land. We were dragged out of here,” Rodrique said.

The tribe's approach has typically been less provocative than the protesters who picked up guns to further their anti-government cause.

“I’m, like, hold on a minute, if you want to get technical about it … the land belongs to the Paiute here,” said Selena Sam, a member of the tribe’s council who waitresses at a local diner.

The tribe held a council meeting on Tuesday to discuss the sudden national attention land rights are once again getting.

She said the government has become increasingly bureaucratic about allowing the tribe to catch trout, bass and perch in the rivers lacing the mountains and hunt elk and deer in the woods.

But their tribe wants to avoid the increasingly prevalent gun-toting approach to grievances favored by the group led by Ammon Bundy, whose father had a similar standoff with federal agents over grazing rights in Nevada.

Bundy and his supporters arrived in Oregon after local ranchers Dwight Hammond Jr. and his son, Steven, were handed longer prison terms for setting fires that spread to federal land, saying the government wanted to seize ranch lands for its own use.

It was not clear how many protesters were involved in the occupation and federal law enforcement officials have kept their distance, following guidelines instituted to prevent a repeat of deadly standoffs such as those in Ruby Ridge, Idaho, and later in Waco, Texas, in the early 1990s.

“I feel like it’s happening all over again but to a different set of people,” Sam said of the anger felt by the ranchers and their supporters. “They’re like ‘Let’s grab some guns.’ We have a different approach.”