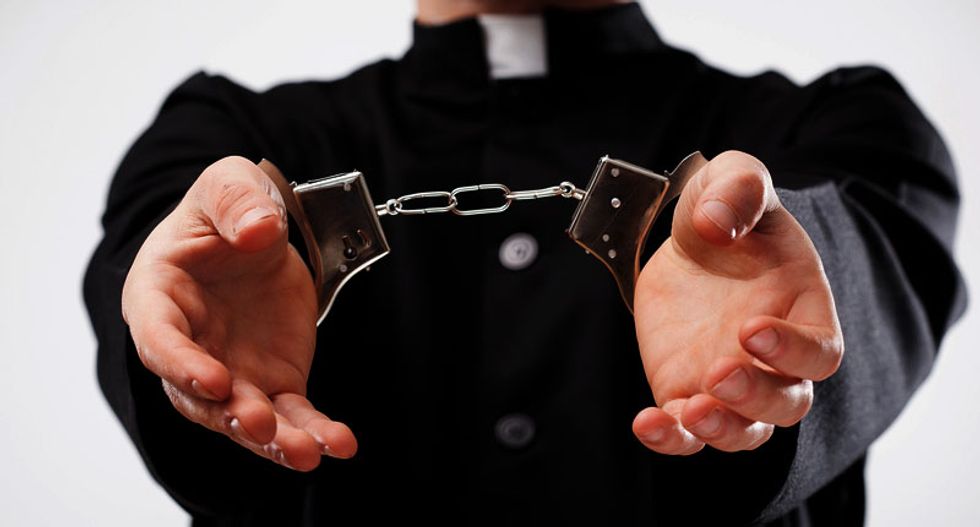 A pastor in handcuffs (Shutterstock)

A Pennsylvania judge refused to give a former youth pastor a "volume discount" for molestation crimes this week after he claimed that his current sentence was too severe.

Masteller had been the boy's youth pastor and junior high boy's basketball coach. The former pastor was caught after the boy used his cellphone to record the abuse.

In his appeal to the court, Masteller argued that Lancaster County Judge Joseph Madenspacher had punished him excessively by ordering him to serve consecutive sentences for some of the counts, PennLive.com reported.

Masteller asserted that Madenspacher had ignored factors like the former pastor's disadvantaged childhood, that he was sexually abused as a child, and that he was sorry for his crimes.

"The abuse only stopped because a third party discovered the pictures and contacted police," Senior Judge William H. Platt wrote in an opinion for the court. “Masteller is not entitled to a volume discount for his crimes."